Vidhie Mukerjea has been living in London for the past several years. She is returning to India on September 10, as per her application filed on August 30. 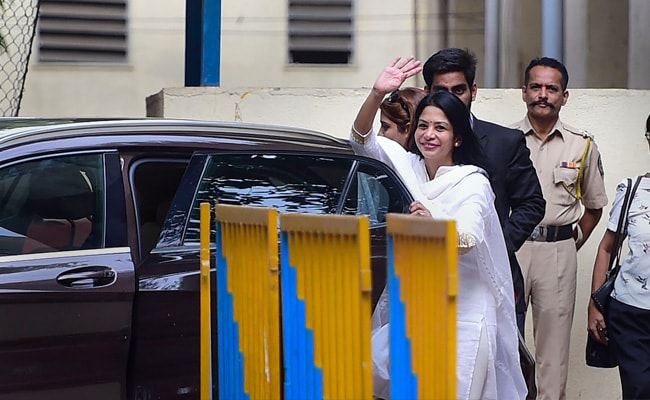 A special court here on Wednesday rejected the plea of Vidhie Mukerjea, daughter of estranged couple Indrani Mukerjea and Peter Mukerjea, both accused in the Sheena Bora murder case, seeking permission to reside with her mother in Mumbai on her return to India.

Vidhie Mukerjea has been living in London for the past several years. She is returning to India on September 10, as per her application filed on August 30.

Her plea was rejected by special judge SP Naik Nimbalkar, presiding over the Sheena Bora murder case. Indrani Mukerjea, the prime accused in the case, is currently out on bail.

In her plea filed through advocate Ranjeet Sangle, Vidhie Mukerjea claimed that she was deprived of her mother's companionship as a minor when Indrani Mukerjea was arrested in 2015, in connection with her daughter Sheena Bora's murder, and the separation has affected her "emotional well-being".

The plea further said that Indrani Mukerjea is suffering from irreversible cerebral ischemia, she is frail and requires proper personal and medical care, which Vidhie Mukerjea would like to provide to the best of her ability and time.

However, the prosecution (Central Bureau of Investigation) on Wednesday opposed her plea, saying Vidhie Mukerjea is a prosecution witness and has not been examined until now.

Allowing her plea would be a violation of conditions imposed by the Supreme Court while granting bail to Indrani Mukerjea, the CBI said.

The top court while granting bail to Indrani Mukerjea had set certain conditions, including that she will not influence the prosecution witness or tamper with the evidence.

The petitioner (Indrani Mukerjea) in any case shall not meet or establish contact with the witnesses till the recording of evidence is over.

Sheena Bora (24) was allegedly strangled to death in a car by Indrani Mukerjea, her then driver Shyamvar Rai, and her former husband Sanjeev Khanna in April 2012. The body was burnt in a forest in the neighbouring Raigad district.

Sheena Bora was Indrani Mukerjea's daughter from her previous relationship.

The murder came to light in 2015, after Shyamvar Rai spilled the beans about the crime following his arrest in another case.

Peter Mukerjea was also arrested for allegedly being part of the conspiracy. He was granted bail by the high court in February 2020.