RPN Singh joined the BJP leader a day ago, evoking a sharp reaction from Congress leaders, including its spokesperson Supriya Shrinate, who called him a "coward". 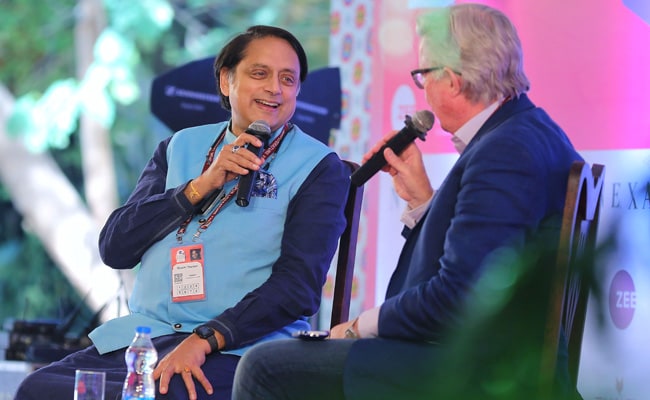 Shashi Tharoor said the BJP was increasingly made up of Congress defectors. (File)

A day after Congress leader RPN Singh joined the BJP, his former party colleague Shashi Tharoor on Wednesday took a dig at the ruling party with a rhyme and a quip on the BJP's catchphrase of 'Congress-mukt Bharat' (Congress-free India), saying it was now "Congress-yukt BJP" (Congress-powered BJP).

Just weeks ahead of Uttar Pradesh assembly polls, Mr Singh quit the Congress party on Tuesday and joined the BJP, in the latest setback for the grand old party.

A union minister during Prime Minister Manmohan Singh's second term, the 57-year-old leader joined the BJP at the party headquarters, evoking a sharp reaction from Congress leaders, including its spokesperson Supriya Shrinate, who called him a "coward".

Responding to Mr Tharoor, national spokesperson of the Congress Pawan Khera said in a tweet in Hindi: "One who couldn't be true to his ideology, cannot be our own." Borrowing the essence of the 'Bhagwad Gita', Mr Khera said, "Have to defeat those who divide people in 80-20, O Arjun; don't look for your people there, don't look for dreams there."

After joining the BJP, Mr Singh praised Prime Minister Narendra Modi, and said the Congress is not the same party where he worked for 32 years and that he wants to contribute to the nation's development as well.