Shah Faesal had also launched a crowdfunding campaign in January to support his initiative. 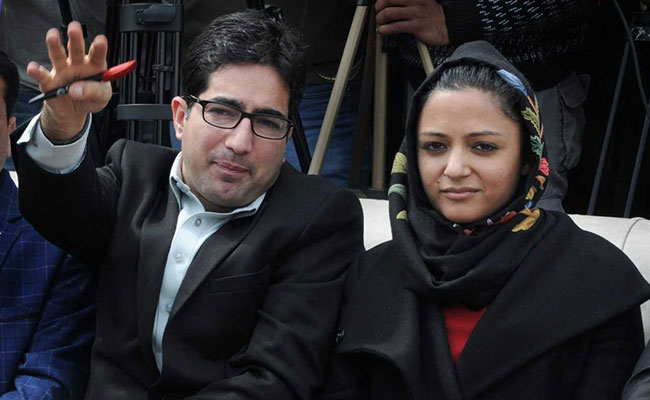 Former Kashmir bureaucrat Shah Faesal launched his political outfit -- the Jammu and Kashmir People's Movement (JKPM) -- at an event in Srinagar on Sunday, two months after he quit government service in protest against "unabated killings in Kashmir".

The party launch event took place at Gindun Park in Rajbagh area, which was festooned with banners and white flags carrying Mr Faesal's picture. In his address to the gathering, mostly comprising youth, the civil services topper-turned-politician admitted that he had initially arrived at an incorrect diagnosis of the Kashmir situation. "When I joined the civil services 10 years ago, I believed that we can change the lives of people by providing roads, electricity and safe drinking water. But I have understood that as long as the youth in Kashmir live in a state of constant fear, and as long as our mothers and sisters face the prospect of losing their dignity and dear ones, nothing will work here," news agency IANS quoted him as saying.

Mr Faesal, a self-confessed admirer of Pakistan Prime Minister Imran Khan, said it is natural for people to "discredit a new idea or understate a revolution" that's still in the making. "Some say we are agents of the army. I'm ready to face all criticism, but our pursuit to usher in a new tomorrow will continue undeterred," he said.

The objectives of JKPM were "to work towards establishing an inclusive and pluralistic society with adequate political representation for under-privileged communities; promoting sustainable development strategies; building a progressive, gender-sensitive political institution with traditional values and modern sensibilities; uplifting marginalised communities; and establishing transparent, corruption-free politics in Jammu and Kashmir", IANS quoted him as saying.

In a Facebook post put up on the day of his resignation in January, Mr Faesal claimed that "Muslims had been reduced to second-class citizens" in the country. He also hit out against the centre, accusing it of subverting public institutions such as the Reserve Bank of India, the Central Bureau of Investigation and the National Investigation Agency to fulfill its political needs.

Since then, the former bureaucrat has been building up a support base among the Jammu and Kashmir youth and gathering public support for his initiative towards ensuring "corruption-free, clean and transparent" politics in the state. Although National Conference chief Omar Abdullah had sent feelers to him back then, Mr Faesal clarified that he does not intend to join any of the mainstream political parties in the state.