Shabana Azmi Accident: The accident took place around 3:30 pm near Khalapur, about 60 kilometres from Mumbai, when the Tata Safari SUV the 69-year-old actor was travelling in, rammed a truck from behind.

Shabana Azmi Accident: Such was the impact that the SUV's front passenger's side was completely destroyed

Veteran actor Shabana Azmi was seriously injured in an accident on the Mumbai-Pune Express in Maharashtra's Raigad district on Saturday. Her husband Javed Akhtar was also in the car but did not suffer injuries, news agency ANI reported.

The accident took place around 3:30 pm near Khalapur, about 60 kilometres from Mumbai, when the Tata Safari SUV the 69-year-old actor was travelling in, rammed a truck from behind.

Photos of the incident show Shabana Azmi being helped out of the rear seats of the SUV, her face and eye swollen.

Such was the impact that the front passenger's side of the SUV was completely destroyed. A photo shows the bonnet of the car crumpled and the radiator and bonnet wrecked. 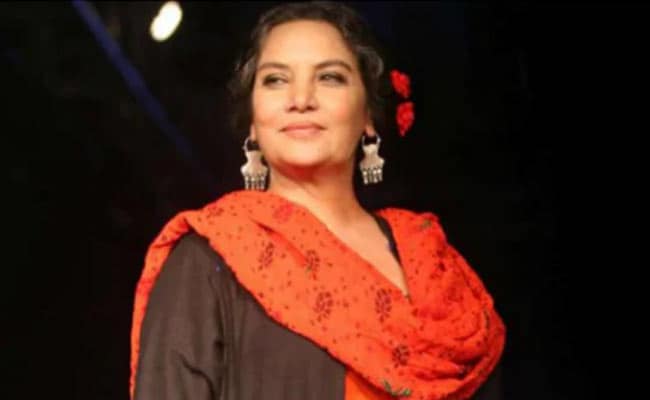 "She is stable and under observation," Dr Santosh Shetty, Executive Director and CEO of Ambani hospital was quoted as saying in a statement late in the evening, reported PTI.

Prime Minister Narendra Modi tweeted on the accident, saying the news of her injury "is distressing", adding that he prayed "for her quick recovery".

The news of @AzmiShabana Ji's injury in an accident is distressing. I pray for her quick recovery.

Delhi Chief Minister Arvind Kejriwal had earlier tweeted, saying he was praying "for her fast recovery and good health".

Came to know abt Shabana Azmi ji's accident. I pray to God for her fast recovery and good health.

The Mumbai-Pune Expressway is the first six-lane concrete, access controlled highway in the country. The 94.5 km stretch connects Mumbai to Pune and reduces the travel time between the two cities to just two hours from the regular four on the older route. Over the years, the expressway has seen numerous accidents, being a high speed stretch.

Shabana Azmi, who was awarded the Padma Shri in 1998 and the National Film Award five times, is known for her work in several critically-acclaimed movies like Ankur, Arth and Mandi.