Sexual Violence is Holding Back the Rise of India's Economy: Report

In the eight years from 2004, about 20 million women vanished from India's workforce, the World Bank estimates. 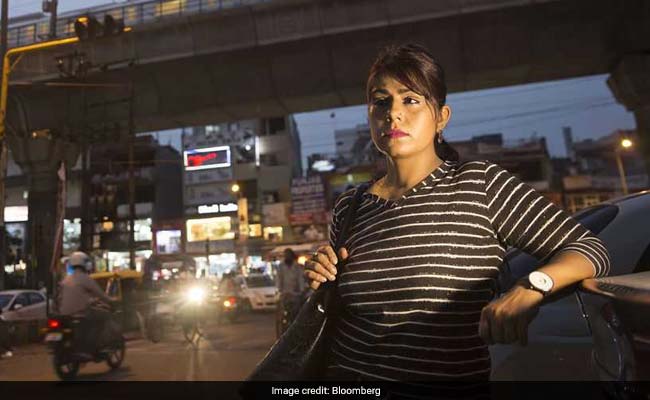 India could increase GDP by $770 billion by 2025 by getting more women to work: McKinsey Global Institute

There are two things New Delhi marketing executive Khyati Malhotra never leaves home without: Her taser and a pepper spray.

It's just part of the investment she makes to stay safe in a country where crimes reported against women have surged over 80 percent in a decade and deadly cases of sexual violence often roil cities and villages. So a chunk of Ms Malhotra's salary goes into a car and driver to avoid the dangers of public transport, where women are cat-called, groped and assaulted.

In Bangalore, Vidya Laxman, an executive at a multinational in India, pays for a battalion of household help and security cameras to keep her children safe. Sajna Nair of Delhi figures she's lost almost Rs 1.35 crores in earnings after quitting a bank job because she couldn't find safe childcare for her daughter.

Lawmakers have said they will push for more stringent punishments to deter such crimes. Meanwhile, dozens of interviews reveal a less acknowledged economic effect: Increasingly afraid for their own and their children's safety, many women are simply leaving the workforce or taking lower-paying jobs.

In the eight years from 2004, about 20 million women (the size of the combined populations of New York, London and Paris) vanished from India's workforce, the World Bank estimates.

"There's no place where I could leave my child without worrying about safety," said Indu Bhandari, who quit a lucrative corporate career to teach because of those worries. "Having been a target of sexual abuse as a child, I knew first-hand what I could be exposing my child to."

Decisions like hers are a blow to foreign and local companies looking to hire more women in Asia's third largest economy. They also threaten Prime Minister Narendra Modi's agenda as he pushes to attract foreign investment and boost India's economic heft globally. India shows just how much violence and sexual assault against women can hold back communities - and an entire nation.

India could increase its GDP by $770 billion by 2025 by getting more women to work and increasing equality, according to McKinsey Global Institute. Yet, only 27 percent of Indian women are in employment. That's the lowest among the major emerging nations and G-20 countries, and better only than Saudi Arabia, according to the publication IndiaSpend.

"If we are able to establish a safer environment, definitely more women will step out for jobs, adding to the workforce," said Anjali Verma, an economist at PhillipCapital in Mumbai. "In a decade this may contribute to higher overall consumption, savings, and economic growth." Girija Borker, a Ph.D. candidate in economics at Brown University, in a study of more than 4,000 women at Delhi University found female students willing to pay almost $300 more than men for a safer travel route because most faced some form of street harassment. "With the rapid urbanization, India needs better policies for women's safety," Borker said.

In India, preference for male children has skewed the gender balance, leading to a whopping 37 million more men than women. Two-thirds of the country live in villages that follow feudal, caste and gender hierarchies. That means many women never make formal complaints when they are harassed, and perpetrators often go unpunished. It also makes it hard to draw international comparisons.

Crimes against women surged 83 percent from 2007 to 2016, government data show, resulting in 39 crimes every hour.

Public pressure forced lawmakers to recommend the death penalty for child rapists and they are debating a similar punishment for the rape of women. Many businesses are spending more on transport and other benefits to women. Yet filling all the gaps is hard. 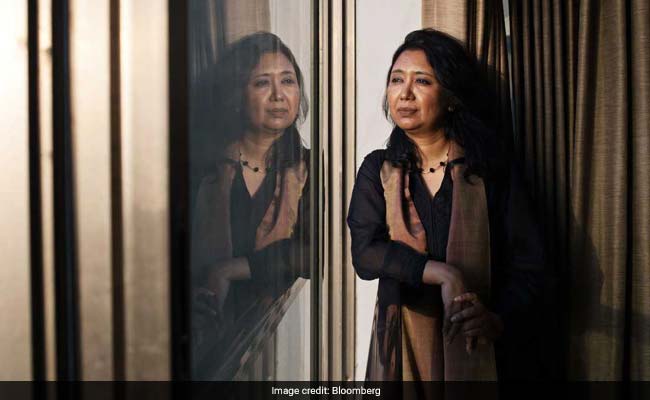 Nair said she could have invested earnings from her more lucrative financial career in the property or stock markets. She now runs a public relations business.

In New Delhi, Zeba, 25, is heartbroken after male family members refused to let her go to nursing school after a rape nearby. "Things would have been so different if I was a man," said Zeba. "I would certainly have been richer."

Below are excerpts from the women Bloomberg interviewed. In their own voices they show the price India's women - and its economy - are paying. 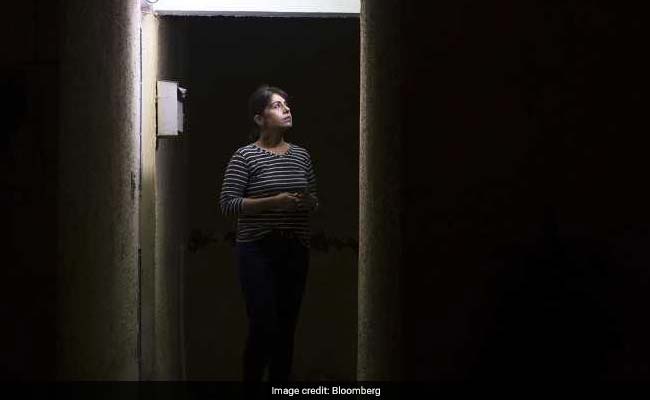 Indu Bhandari, 39, lives in Noida, a suburb east of Delhi. Worked for corporations for more than a decade and was in the U.S. beforereturning to India.I was first abused as a three-year-old by a man who worked at our home. One of my father's colleagues abused me when I was six years old.

On giving up a well-paid freelance gig: I had to use public transport for part of my travel. There was no separate compartment for women. I remember how one man rubbed himself against me. I punched him. But such an incident shakes you up, disgusts you. I tried to brave it for three months or so. But then decided I'd had enough.

How could I work when I know these things happen to kids in our homes? I had no safe options. So I gave up a lucrative career. I now teach at a school.

There are thousands of mothers who like me are working in schools in spite of being qualified to do so many other things. 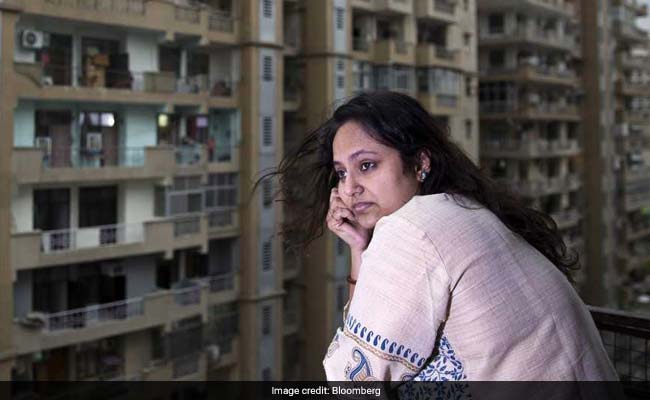 Given the reported and unreported but whispered stories of abuse and neglect, I remember doing things like requesting neighbors or friends to drop in unannounced to check on my child. But it became tough to balance this paranoia. I simply quit. This country doesn't care for its daughters and women.

If I had continued, I would have been an associate vice president or vice president at some company. And of course, companies have lost the money they invested in training me. 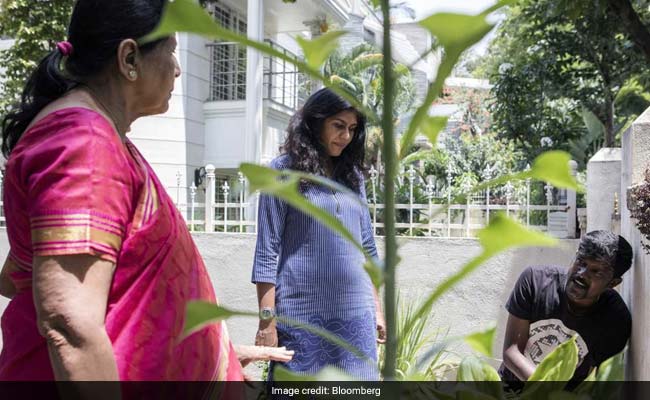 Vidya Laxman pays for a battalion of household help and security cameras to keep her children safe.

After reading about the recent rapes, the trust in the community is gone. I'm a marathon runner but I don't run early mornings or late evenings. I wait until it's fully light. I used to be scared of encounters with stray dogs and creepy men.

Now I'm no longer afraid of the dogs, I'm terrified of the men who flash women on the streets

When I take an Uber, I always get off a little distance off and walk home. I don't want the driver to find out where I live.

At home, I have a full support system in place as I have two kids, a 16-year-old boy and a 11-year-old girl. I always take precautions while hiring staff, including thorough background checks. I have security cameras installed at home.

What I pay to set all this up is one thing. But it's the hidden price that is troubling.

I've decided to put in sensor-based cameras so that my husband and I can track the stream on our cellphones.

At work, we have upgraded transport systems for employees and enabled it with technology. We have an app that allows users to set off an alarm if needed.

Career-wise I've made big compromises. I only considered offers from product-based companies and deliberately ignored roles in services companies because of the insane travel involved.

Companies need to partner with the government and civic agencies on women's safety. Companies in tech parks all over Bangalore can all get together to work out solutions for their employees' safety. There are many women who drop off the work force because of the late hours and the safety angle. We are letting those women down. We have to find a way. 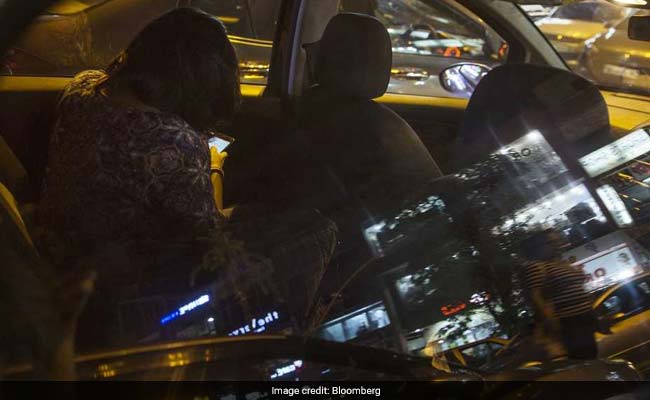 Khyati Malhotra never leaves home without her taser and a pepper spray.

For as long as I can remember, I've always had a car and driver, even when the driver's salary and petrol expenses meant half of my salary.

Traveling in public transport whenever I tried to save money meant having to watch my back at all times and gave me goosebumps.

I've been stalked even when traveling by car. Once the auto-rickshaw I was traveling in was being followed by a group of guys in a car. When we stopped at a traffic light, we found a police van waiting by our side. I told the policeman what was happening. the police simply drove away.

A friend's car was trailed by a man for more than 20 kilometers while she was trying to drop me to a train station.

I don't want to depend on anyone for my finances -- not on my husband or on my brothers. I want a career in nursing because you can also go abroad. Earlier this year, I had found a course in Dadri, Uttar Pradesh.

I had managed to convince my family. We filled admission forms. Then last month there was a rape in Dadri. Now my brothers have put their foot down. They say it's too unsafe.

People keep saying things are getting worse. And I think they are. Especially after the 2012 rape. People say more women are complaining. But I feel like more men are also challenging us now. It's like: "You think you will be protected if you speak up, we'll make it worse."

With every rape case in the news, restrictions increase. I'm under pressure to get married. To not pursue a career. 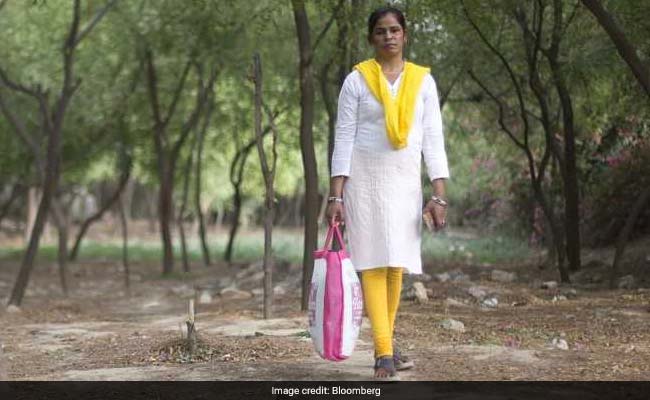 A woman with no support systems has limited choices. If there were systems to protect me, things would have been so much easier. If there were jobs, creches, safe roads.

Promoted
Listen to the latest songs, only on JioSaavn.com
I now work at a home in a gated community and make about 12,000 rupees a month. But I could earn up to 20,000 rupees if I stay full time or at least till 8 p.m.

The reason why I can't is because the place where I work in Noida has no buses or safe transport. There are villages beyond these gated societies and the roads are unsafe.