Unabated climate change could severely affect the future growth of these countries, reverse current development gains, and degrade quality of life, the report by the Asian Development Bank (ADB) and the Potsdam Institute for Climate Impact Research (PIK) claimed. 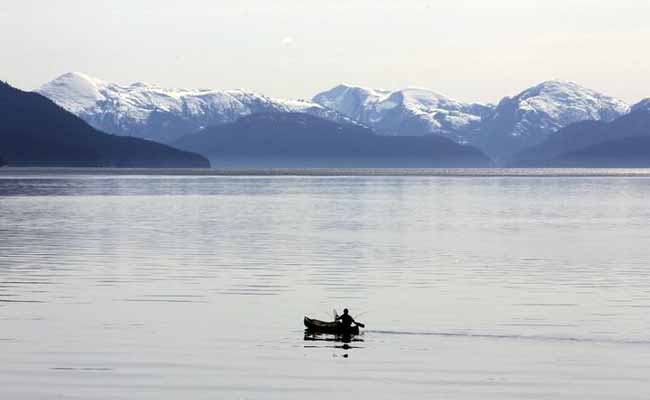 New Delhi: Climate change would bring devastating consequences to countries in the Pacific and Asia, a new report today warned and said Southern India may witness a decline in rice yeilds by five percent in 2030s.

Unabated climate change could severely affect the future growth of these countries, reverse current development gains, and degrade quality of life, the report by the Asian Development Bank (ADB) and the Potsdam Institute for Climate Impact Research (PIK) claimed.

According to the report, Asia has the highest number of people exposed to flooding from possible storm surge events, particularly in the People's Republic of China (PRC), India, Bangladesh, and Indonesia.

It said meanwhile, 130 million people in low-elevation coastal zones in Bangladesh, India, and Pakistan, are at risk of being displaced by the end of the century in worst-case scenarios.

The report titled "A region at risk: The human dimensions of climate change in Asia and the Pacific" also said different modeling approaches are relatively consistent in terms of projecting a yield reduction in wheat production of 8 per cent in India.

Flood exposure is apparently increasing in coastal cities due to growing populations and assets and subsidence, it said.

"Studying the 136 largest coastal cities, the authors estimate that the average global flood losses in 2005 were approximately USD 6 billion per year and will increase to USD 52 billion by 2050.

The report said recent studies reveal that flood risk is projected to increase significantly in Southeast Asia and India under global warming.

"The global climate crisis is arguably the biggest challenge human civilisation faces in the 21st century, with the Asia and Pacific region at the heart of it all," said Bambang Susantono, ADB Vice-President for Knowledge Management and Sustainable Development.

Promoted
Listen to the latest songs, only on JioSaavn.com
Noting that the challenge is two-fold, he said Asian greenhouse-gas emissions have to be reduced in a way that the global community can limit planetary warming to well below 2 degrees Celsius, as agreed in Paris 2015 while on the other . "Yet even adapting to 1.5 degrees Celsius temperature rise is a major task.

"So, on the other hand, Asian countries have to find strategies for ensuring prosperity and security under unavoidable climate change within a healthy global development," he said.