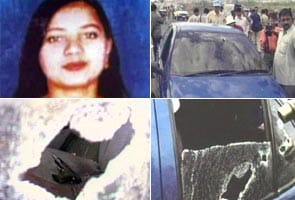 Ahmedabad: One of the three policemen in charge of studying the death of Ishrat Jehan says he believes she was killed in a fake encounter by the Gujarat police.

Ahmedabad's Joint Commissioner of Police Satish Verma filed an affidavit in the High Court today stating that early evidence suggests 19-year-old Ishrat was wrongly killed by the police in 2004. Mr Verma is part of a three-member Special Investigation Team (SIT) set up by the Gujarat High Court to investigate Ishrat's death.

When Ishrat was shot dead along with her boyfriend and two others in June 2004 on the outskirts of Ahmedabad, the police said the group was on its way to assassinate Chief Minister Narendra Modi on behalf of Pakistani terrorist group Lashkar-e-Toiba (LeT). Ishrat's parents believe that she was abducted by the Gujarat police near Mumbai.

Mr Verma bases his conclusion - that the police did not fire on Ishrat in self-defence - partly on the post-mortem reports for her companions and her.

For example, Mr Verma states that the post-mortem records show that pieces of bullets recovered from Ishrat's body do not match any weapon that police officers say they used in the encounter against her.

In 2009, metropolitan magistrate SP Tamang who conducted a judicial inquiry into the incident described the death of Ishrat and the others as 'cold-blooded murder'. Mr Tamang's indictment of the Narendra Modi government was severe; he also said senior policemen conspired for "selfish motives."

The state government then moved the Gujarat High Court and won a stay on Mr Tamang's report.

In September last year, the High Court ordered that a Special Investigating Team be sent up to handle the Ishrat case. Joint Commissioner of the Delhi Police Karnal Singh was named the head. The two other members - Mohan Jha and Satish Verma - are police officers of the Gujarat cadre.