He breathed his last at the B L Kapur hospital around 7 pm, sources close to the family said. 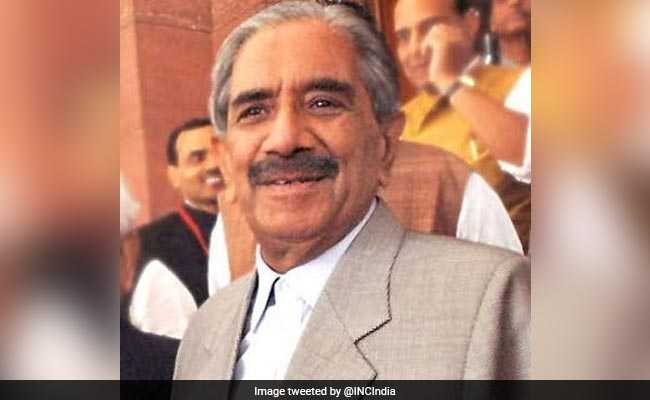 RK Dhawan was admitted to the hospital last Tuesday for age-related ailments.

R K Dhawan, a close confidant of Indira Gandhi and known to be part of her inner circle during the Emergency years, died here this evening at a local hospital. He was 81.

He breathed his last at the B L Kapur hospital around 7 pm, sources close to the family said.

Rajinder Kumar Dhawan, a former Union minister, was admitted to the hospital last Tuesday for age-related ailments, they said.

"Deeply shocked at passing away of Shri RK Dhawan. Though he was ailing I had never expected that the end will come so soon. A close associate and colleague in Party and Government, he will forever be fondly remembered," Mukherjee tweeted.

Punjab Chief Minister Captain Amarinder Singh said he was shocked  and saddened at the demise of Dhawan and recalled that he had worked closely with him.

"I would always remember him as an astute politician and loyal soldier of the party. May he rest in peace and may God give his family the courage to bear the loss," he said on Twitter.

During his years as Indira Gandhi's personal secretary, from 1962 to 1984, Dhawan reportedly wielded immense clout, with some claiming that he controlled information and access to the then prime minister. During the Emergency years (1975-77), Dhawan was among Indira Gandhi's inner circle of leaders.

After Rajiv Gandhi took over the reins of the Congress party and the government following his mother's assassination, there was talk of Dhawan being sidelined.

However, later Dhawan returned to party affairs and was elected to the Rajya Sabha in 1990. He had also been a member of the Congress Working Committee.

He was appointed Minister of State (independent charge) Housing and Urban Development (1995-1996).

Dhawan also served as a member on various parliamentary committees.