Naresh Mitra was found lying on the wayside near his office around midnight on November 22 by some passers-by, who took him to the Gauhati Medical College and Hospital 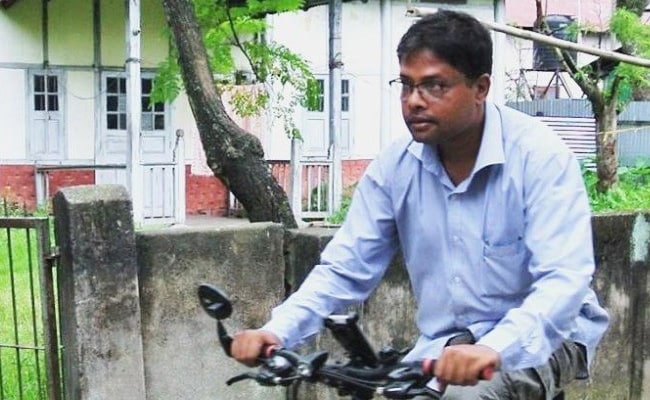 Family members claimed doctors told them that Naresh Mitra's injury was due to an assault.

Senior journalist Naresh Mitra died in Guwahati today, 17 days after he was found injured under mysterious circumstances near his office.

Mitra, a senior journalist of the Times of India known for his environmental reporting, was 46. He is survived by his parents, wife and a five-year old daughter.

He was found lying on the wayside near his office around midnight on November 22 by some passers-by, who took him to the Gauhati Medical College and Hospital. From there he was moved to a private hospital by his family members.

"He was in deep coma since we admitted him. He had internal head injury and a major operation was carried out. His condition started deteriorating since last night and he died this morning at around 6 am," a senior doctor in the private hospital said.

Family members claimed that doctors had told them that the his injury was due to an assault.

He had joined the profession about 20 years ago and was working with the Times of India since 2006. He had in his reports highlighted the plight of Gorkhas nation-wide.

He was an avid photographer and biker as well. His body was taken to his office and Guwahati Press Club, where people from the media paid their last tributes.

The journalists demanded a probe by the government into the suspected assault on Mitra.

Nanda Kiriti Dewan, the national secretary of The Bharatiya Gorkha Parisangha, a national-level of Gorkhas, said, "The Indian Gorkhas have lost a friend in the media".

The organisation demanded a thorough investigation into the suspected assault on him and speedy justice.