Shiv Sena MLA Pratap Sarnaik and his son are reportedly being investigated in a money-laundering case. 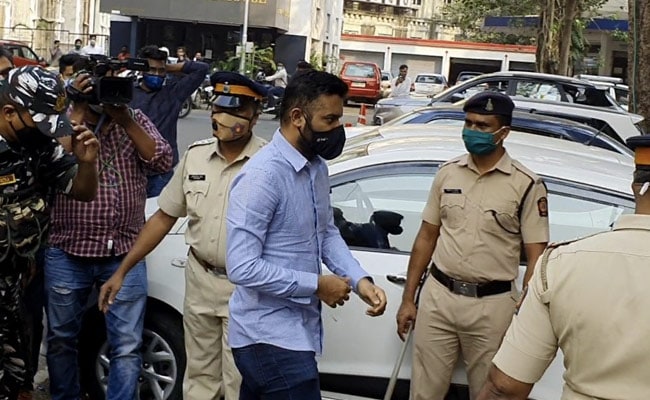 Pratap Sarnaik's son Vihang Sarnaik was taken away for questioning.

The homes and properties of Shiv Sena MLA Pratap Sarnaik were raided by the Enforcement Directorate today and his son Vihang Sarnaik was taken away for questioning amid reports of his imminent arrest.

The MLA and his son are reportedly being investigated in a money-laundering case.

Vihang Sarnaik was taken by the Enforcement Directorate to one of his father's homes in Mumbai, sources said.

The searches took place at 10 locations linked to the Shiv Sena MLA in Thane and Mumbai. "The searches are being conducted on the Tops group (a company in the business of providing security) promoters and related people, including some politicians," Press Trust of India quoted its sources as saying.

The Enforcement Directorate, which handles financial crimes, is investigating money-laundering charges against Pratap Sarnaik; his party Shiv Sena, which heads the Maharashtra coalition government, has accused the ruling BJP at the centre of using the probe agency to target him. 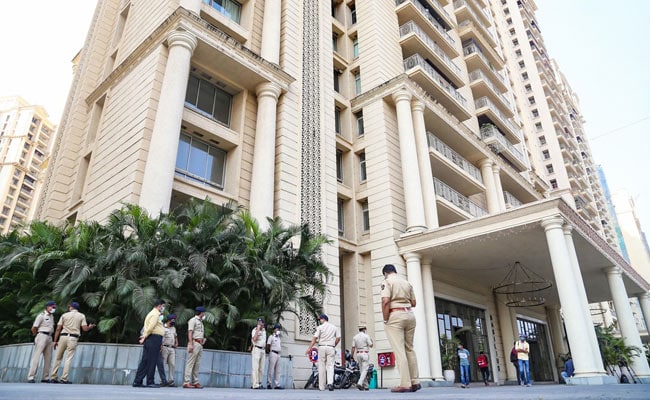 Officials of the Enforcement Directorate are seen outside Pratap Sarnaik's premises.

Sena MP and chief spokesperson Sanjay Raut, without naming the BJP, said the party should forget the dream of coming to power in Maharashtra for the next 25 years, "no matter how much pressure it exerts or spreads terror through agencies".

"If you have begun today, we know how to end it," he said.

According to Mr Raut, the MLA's properties were raided when he was not at home. "You want to mentally harass the people related to the (state) government. These actions will backfire on you. And I think that time is nearing," he said.

Pratap Sarnaik was prominent among the Shiv Sena leaders who demanded sedition charges against actor Kangana Ranaut for her "Mumbai-PoK" remarks while alleging she felt unsafe in the city because of what she alleged was poor police handling of the Sushant Singh Rajput case.

The Shiv Sena ended its long-term ties with the BJP last year after a dispute over power-sharing in Maharashtra. The Sena came to power in the state in an alliance with ideological rivals NCP and Congress. "Be it the CBI or ED, our government, MLAs and leaders will not surrender to anyone no matter what. We will keep fighting," Mr Raut said.