Dera Property Will Be Seized To Pay For Friday's Damages, Orders Court

After the guilty verdict for Gurmeet Ram Rahim, largescale arson and violence took place in Panchkula

Massive arson and violence broke out in the Panchkula after the guilty verdict for Ram Rahim.

New Delhi: As violence by the followers of Gurmeet Ram Rahim spiraled out of control yesterday evening, reaching Punjab, Himachal Pradesh and the borders of Delhi, the Punjab and Haryana High Court ordered strict penalty for Dera Sacha Sauda. The entire property of the organisation -- led by its self-styled spiritual leader Ram Rahim -- should be attached for the damage they caused to public property, the court said.

A hearing will be held at 10 am today by the full bench of the High Court, which has ordered the police to file cases in this regard. A report will also be submitted on the violence.

Dera Sacha Sauda describes itself as a social welfare and spiritual organisation and says it has 50 million followers and has a matrix of popular centres across Punjab and Haryana. Its sprawling 100-acre campus in Sirsa, Haryana, has its own schools, sports village, hospital, confectionery, a spice factory, agricultural farm and a cinema hall. Cleanliness drives organised by the sect have featured political VVIPS, including Chief Minister  ML Khattar.

Yesterday afternoon, Ram Rahim, 50, was found guilty of raping two women followers in 2002, by a court in Panchkula. Within minutes, massive arson and violence broke out in the city -- located 11 km from Chandigarh -- where more than a lakh of his followers had been camping out for the last four days. Thirty people have been killed and 250 injured in the violence that followed the conviction of Ram Rahim. The police, which tried to control the crowd using teargas and lathis, were heavily outnumbered. By 5 pm, the army had to be called in to control the situation.

The violence spread fast to parts of Punjab and soon reached the borders of Delhi. Several coaches of a train were torched in Anand Vihar on the Delhi-Uttar Pradesh border, and a bus was set afire in Loni, another border area.

Promoted
Listen to the latest songs, only on JioSaavn.com
In Panchkula, at least one car and a fire engine were torched. The media was attacked, an NDTV live broadcast van was set on fire and totally destroyed. An NDTV engineer was held down by a mob and hit on the head. 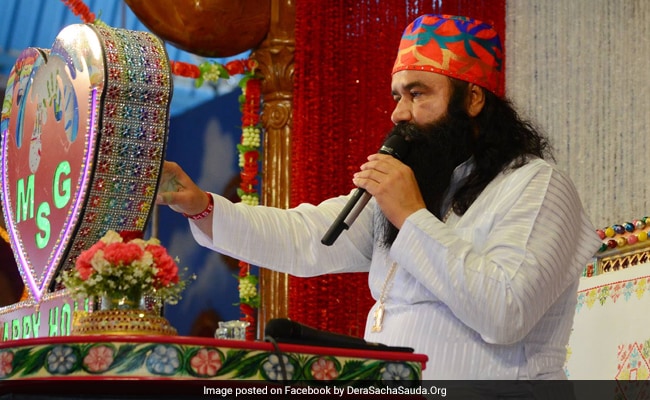 Yesterday, as more and more followers of Ram Rahim poured into Panchkula, the court ripped apart the Haryana government for failing to control the situation. The judges said the government was already guilty of dereliction of duty by allowing Panchkula to turn into an outpost of Ram Rahim's sect.

Yesterday morning, the court said the "forces should not hesitate to use weapons, if required", while hearing a PIL on the situation in Panchkula. The court said any incident of arson must be filmed to identify the culprits. They also asked for video footage to review if the property was appropriately protected.