4 Times Indian Prime Ministers Were Clicked Working Onboard A Flight

PM Modi's photo reminded people of former Prime Ministers who have similarly worked while on a long flight. 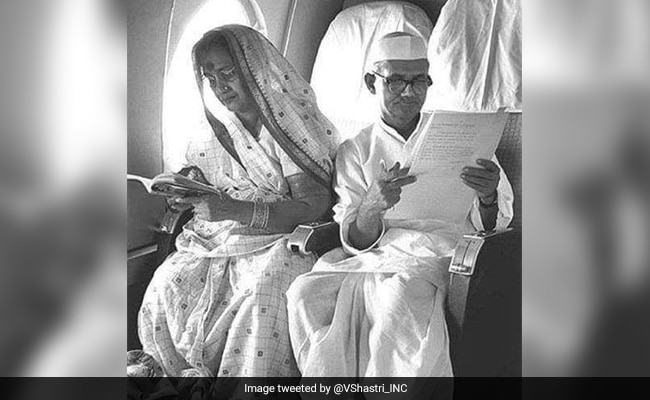 People shared photos of former Prime Ministers who have worked while on a long flight.

Prime Minister Narendra Modi on Wednesday shared a photo from Air India One on his way to the US. He is seen going through a sheaf of papers with several files around him. PM Modi is in the US for a series of high-profile events, including a Quad meeting and an address to the UN General Assembly. Sharing the photo, PM Modi wrote, "A long flight also means opportunities to go through papers and some file work."

The image quickly gained traction on social media and has been widely reshared. PM Modi's photo reminded people of former Prime Ministers who have similarly worked while on a long flight.

A long flight also means opportunities to go through papers and some file work. pic.twitter.com/nYoSjO6gIB

Lal Bahadur Shastri, the second Prime Minister of India, was photographed reading files while onboard a flight. He is seen reading through some papers with a pen in hand. Several files can be seen in the forefront, suggesting that he was someone who believed in making the most of his travel time.

Similarly, former Prime Minister Rajiv Gandhi was also captured working while on a flight. In the image, he is seen working on a computer with a tray of food placed on the table, on one side.

How fast we are regressing under this regime. Here's Rajiv Gandhi working on a flight on a laptop in the 80s. Modiji using papers? pic.twitter.com/QRhm0i6g1h

PM P V Narasimha Rao...
"Going through papers and some file work" inside a flight. pic.twitter.com/u4qGJcnXan

Former Prime Minister PV Narasimha Rao, too, believed in making the best possible use of time while onboard a flight. The late leader has been captured engrossed in papers and files while flying.