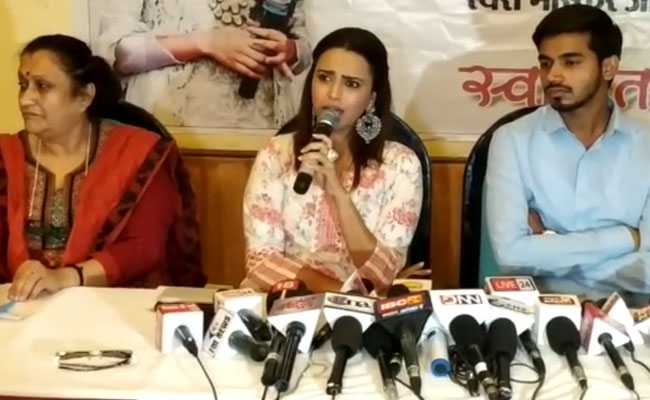 Mamata Banerjee agreed that the UAPA has been "grossly misused". File photo

Artists are finding it difficult to "tell stories" and the government is using sedition law and UAPA provisions indiscriminately, actor Swara Bhasker said during an interaction with West Bengal Chief Minister Mamata Banerjee here on Wednesday.

Ms Banerjee, on a three-day visit to Mumbai, interacted with members of civil society during the day.

"There is a state which is distributing UAPA (Unlawful Activities (Prevention) Act) and sedition charges like a 'Prasad' from God we don't want to pray to," Ms Bhasker said.

"Artists today are facing a lot of resistance in telling stories. There are many who have risked their livelihoods and careers to keep the resistance alive," said the actor, who is vocal about political and social issues on social media.

Comedians Munawar Faruqui, Aditi Mittal, Agrima Joshua have been targeted by right-wing groups and Mr Faruqui spent a month in jail (for allegedly hurting religious sentiments), she pointed out.

There was also an instance of a venue being vandalised for hosting some comedians, Ms Bhasker said.

Common citizens are facing an "unaccountable mob" which is being used by the ruling dispensation while the police and the state are giving it free rein, the actor alleged.

Ms Banerjee said the UAPA has been grossly misused.

"The UAPA is not (meant) for common citizens but for protection against external forces and (maintenance of) internal security," she said.

Masks Not Recommended For Children Below 5 Years, Says Revised Guidelines