The case was registered based on video evidence in which the leaders were seen raising the "anti-Indian slogans", sources said 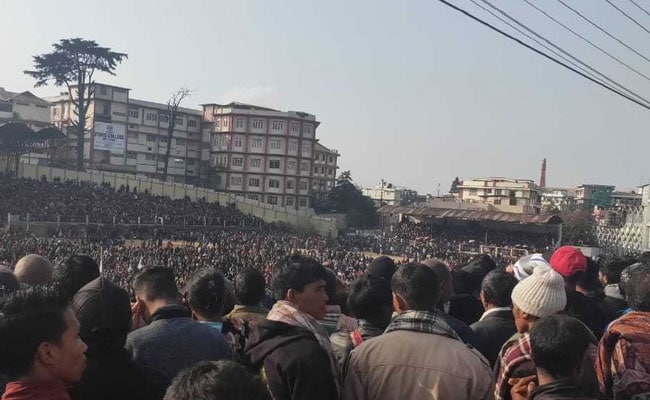 The BJP-led government in Tripura today ordered the police to file FIR (First Information Report) with sedition charges against two tribal leaders and one tribal human rights activist for participating in a rally against the Citizenship (Amendment) Bill at Khumulwng, the headquarters of the Tripura Autonomous District Council on January 30. The police said anti-national slogans were raised at the rally.

A rally was held at Khumulwng without permission, the police said.

"We have taken a case against those leaders and people who participated in the rally. Anti-national slogans were raised," police sources said.

The case was registered based on video evidence in which the leaders were seen raising the "anti-Indian slogans", they said.

The rally was led by Tripura Congress working president Prayot Manikya Debburman, drawing a big response from the tribals.

It was organised by the Tripura United Indigenous Peoples Council (TUIPC), a joint body of 48 returnee groups led by the former All Tripura Tiger Force (ATTF) chief Ranjit Debbarma.

"Some people are calling me saying the slogans were anti-India. For the same people who refer to Sarbananda Sonowal as jatiya nayakm, the term is patriotic. For the same people, the term Marathi Manoos is alright but when we say poila jati ulo party (race first, party later), we are anti-national and booked under sedition charge," Pradyot wrote on Facebook.

"We have been bitter rivals with the CPI(M) for decades but I have never seen such personal attacks on me," he said.

The BJP government in Tripura is drawing flak over the Citizenship (Amendment) Bill.