In a letter addressed to Mr Kharge, the group of eight leaders, who are believed to be from the anti-Sanjay Nirupam camp, stated that the city unit will be in a "colossal mess" if Mr Deora's resignation is accepted. 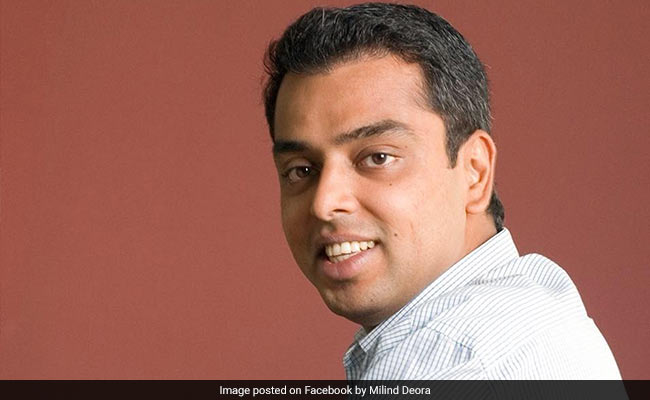 The rumblings in the Mumbai Congress just got louder with a group of leaders on Tuesday requesting AICC general secretary Mallikarjun Kharge not to accept the resignation of Milind Deora as the city unit president.

In a letter addressed to Mr Kharge, the group of eight leaders, who are believed to be from the anti-Sanjay Nirupam camp, stated that the city unit will be in a "colossal mess" if Mr Deora's resignation is accepted.

Mr Deora had replaced his political rival Mr Nirupam, a former MP, as president of the Mumbai Congress just ahead of the Lok Sabha elections this year.

The letter says that party workers have full faith in Mr Deora and that he should continue to head the unit.

"As soon as Deora took over there were dramatic changes in Mumbai Congress. All worked positively under one roof and fought against fascist forces. At this crucial juncture in view of the upcoming assembly elections, Milind Deora is the only leader who can unite everyone," reads the letter.

At a time when the Congress is appearing rudderless in the wake of resignation of party president Rahul Gandhi and amidst a raging debate over whether veterans or a Generation Next leader should head the party, Mr Deora on Sunday announced that he was putting in papers and looking for a national role to stabilise the party.

Mr Nirupam, who lost from Mumbai North West seat to a Shiv Sena nominee by a margin of over 2 lakh votes, had mocked Mr Deora's resignation and called it a "ladder for political growth".

The infighting in the Mumbai Congress took a new turn when a letter of actress and party member Urmila Matondkar, making scathing comments against trusted aides of Mr Nirupam, surfaced Monday.