Sea Vigil-21, India's most expansive coastal defence exercise, is meant to check the efficacy of safety procedures put in place after the 26/11 attack, when terrorists entered Mumbai via the sea route. 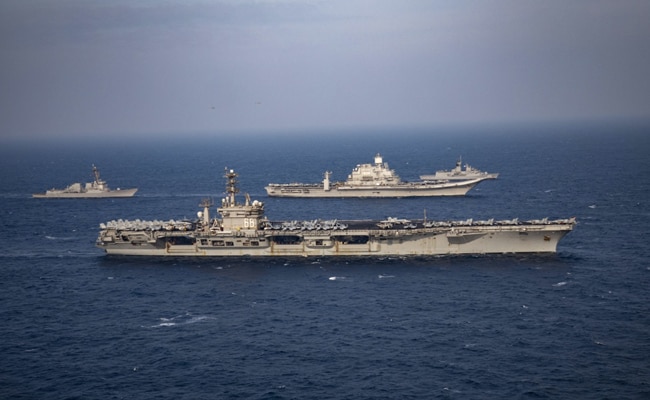 The second edition of India's most expansive coastal defence exercise, Sea Vigil, will start on Tuesday, the Indian Navy said announcing the start of the two-day exercise that covers the country's 13 coastal states and Union Territories.

Sea Vigil-21 is meant to check the efficacy of safety procedures put in place after the 26/11 terror attack, when terrorists entered Mumbai via the sea route.

First started in 2019, the national security exercise will be undertaken along the entire 7,516-km coastline and Exclusive Economic Zone of India. It will be coordinated by the Indian Navy, and will involve governments of all coastal states and other stakeholders, including the fishing community.

"The exercise aims to assess India's maritime security and coastal defence preparedness. It will give a realistic assessment of our strengths and weaknesses, and will help in strengthening our national security," the Indian Navy said in an official statement released on Monday.

According to the Navy, the scale and conceptual expanse of Sea Vigil is unprecedented in terms of the geographical scale, number of stakeholders, objectives to be met and participating units, which includes the Indian Navy, Coast Guard, Customs and other maritime agencies.

It is a build-up towards the major theatre-level exercise Tropex (Theatre-level Readiness Operational Exercise) the Indian Navy conducts every two years.

"Sea Vigil and Tropex together cover the entire spectrum of maritime security challenges, including transition from peace to conflict," the Indian Navy said.

The security exercise is being facilitated by the ministries of Defence, Home Affairs, Shipping, Petroleum and Natural Gas, Fisheries, Customs, state governments and other central and state agencies.