Amid Acute Water Crisis, Schools In Shimla Shut For 5 Days

The situation in the city eased marginally today after supply increased from 22.5 MLD to 28 MLD. The city requires 32-35 million litres of water per day. 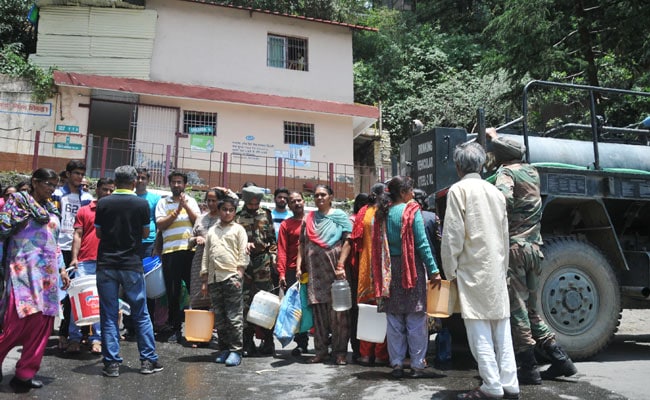 Shimla: Amid acute water shortage in Shimla, the state government has decided to shut government schools in the district for five days starting Monday. Water scarcity have been plaguing Shimla for the past 15 days with protests in several areas of the city.

News agency ANI reported that the schools will remain opened during annual monsoon break which was scheduled in July due to the one week closure.

The situation in the city eased marginally on Saturday after supply increased from 22.5 MLD to 28 MLD. The city requires 32-35 million litres of water per day (MLD).

Locals have been demanding the resignation of the Shimla mayor, deputy mayor and municipal commissioner.

Meanwhile, residents of Kasumpti, Mahli, Jiwanu, Panthaghati and a few other colonies blocked roads in protest against inadequate water supply. A group of two dozen women reached the water control room in Chotta Shimla carrying lathis and protested there.

The municipal corporation has prepared a roster for water supply and divided the city into three zones but adequate water was not being supplied to many areas, residents complained.

The situation has reached such a point that the Himachal Pradesh High Court had to step in. The court has ordered authorities to maintain strict vigil on the "key-man" opening the water supply and said that the opening of the "key" to supply water be video-graphed.

Promoted
Listen to the latest songs, only on JioSaavn.com
Tourism has also taken a hit due to the water shortage and the municipal corporation has disconnected water supply to 43 hotels which have not paid their water bills.