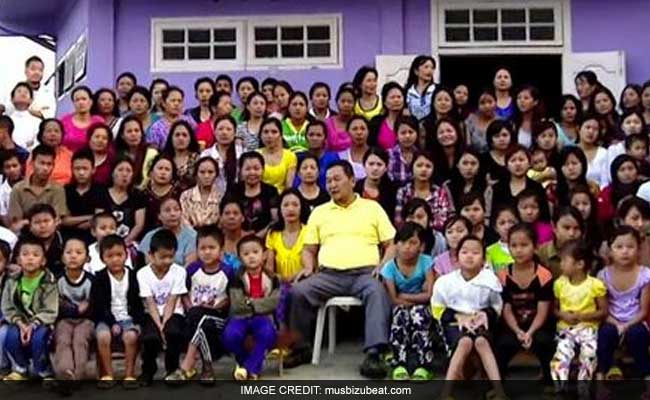 Aizwal: Ziona Chana, who is believed to head the world's largest family, with 38 wives and 89 children, today celebrated his 72nd birthday at Baktawng Tlangnuam village in central Mizoram's Serchhip district.

A religious community called 'Chana's sect' organised dances, parade and singing of hymns composed by Mr Chana himself to mark the day and the celebration was completed with a community feast by over 2,100-strong sect.

The village has become a major tourist attraction in the state because of the family.