The Maharashtra BJP had triggered a row earlier this month when it suggested in its election manifesto that VD Savarkar be named for the Bharat Ratna. 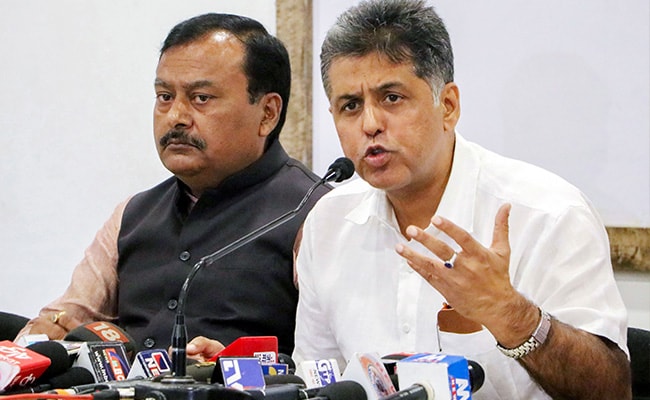 Amid a controversy over awarding the Bharat Ratna to Hindutva icon VD Savarkar, Congress leader Manish Tewari has urged Prime Minister Narendra Modi to accord the highest civilian award in India to freedom fighters Bhagat Singh, Rajguru and Sukhdev.

In a letter to the Prime Minister, the Lok Sabha MP said Bhagat Singh, Rajguru and Sukhdev inspired an entire generation of patriots by their unrelenting resistance to British Imperialism.

"I would like to draw your kind attention towards the fact that Shaheed Bhagat Singh, Rajguru and Sukhdev inspired an entire generation of patriots by their unrelenting resistance to British Imperialism and later their supreme sacrifice on the 23rd of March, 1931," he stated in the letter dated October 25.

"If on 26th of January, 2020 all three of them are honoured with the "Bharat Ratna". They are formally conferred with the honorific of "Shaheed-E-Azam. The Chandigarh Airport located in Mohali is named as Shaheed-E-Azam Bhagat Singh Airport, Chandigarh (Mohali). This gesture would touch the hearts and souls of 124 crore Indians," the letter, which he posted on his Twitter account, read.

My letter to H'onble Prime Minister @narendramodi formally requesting him to accord Bharat Ratna to Shaheed-E-Azam's Bhagat Singh, Rajguru & Sukhdev.Formally Confer the honorific of Shaheed-E-Azam on them & dedicate Chandigarh Airport located in Mohali in memory of Bhagat Singhji pic.twitter.com/PfqduZq8oi

The Maharashtra BJP had triggered a row earlier this month when it suggested in its election manifesto that VD Savarkar be named for the Bharat Ratna. The Congress, which believes that Mahatma Gandhi's assassin Nathuram Godse was influenced by the Hindutva ideologue's philosophy, reacted sharply to the development.

"Savarkar was only accused of conspiring to assassinate Mahatma Gandhi, whereas Nathuram Godse carried out the assassination. This year we are celebrating the 150th birth anniversary of Mahatma Gandhi, and on this occasion, the NDA government should straightaway confer the Bharat Ratna to Godse instead of Savarkar," party leader Manish Tewari had sarcastically told reporters in Nagpur.

Former Prime Minister Manmohan Singh also spoke against the proposal, saying that the Congress has a bigger issue with VD Savarkar's ideology than with the man himself.