"As A Son Of The Soil...": Sarbananda Sonowal Assurance To Assam

Sarbananda Sonowal said certain sections had cast aspersions in the last few days on the avowed objective of the government. 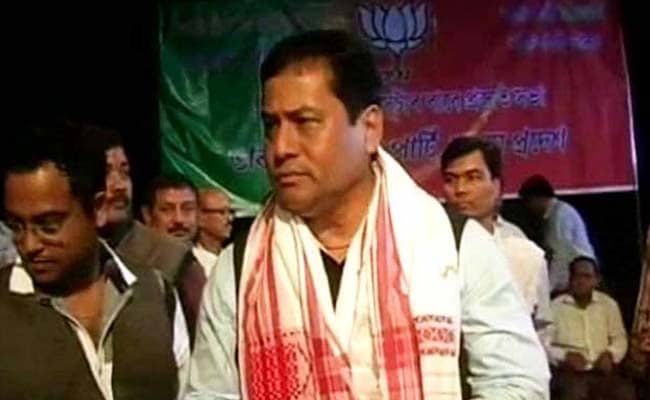 Assam Chief Minister Sarbananda Sonowal has said his government was committed to secure ''jati, mati, bheti'' (community, land and base) of the people of the state without any compromise, an official release said on Wednesday.

"As a son of the soil, I would like to assure everybody that there is no need of being apprehensive in Assam," the release quoted Mr Sonowal as saying at a Bhogali Bihu celebration programme in Nagaon on Tuesday.

Mr Sonowal said certain sections had cast aspersions in the last few days on the avowed objective of the government.

He assured that the rights of the state's people on ''jati, mati and bheti'' were secured and nobody should be under the impression that their rights would be violated under any circumstances.

Securing ''jati, mati and bheti'' was the poll slogan of the BJP.

The chief minister said no government had taken any pragmatic steps for fulfilling the clauses of the Assam Accord even after several years.

"However, the present government at the Centre under the leadership of Prime Minister Narendra Modi took encouraging and practical step for fulfilment of Clause VI of the Assam Accord. Constitution of a high-powered committee is an example of Centre's sincerity to give constitutional safeguard to the indigenous people of the state," he said.

Mr Sonowal urged the All Assam Students' Union (AASU) to take exemplary step as a member of the high-powered committee to enable the government to accord special rights to the people, the release said.

The chief minister said that the Centre passed a bill in the Lok Sabha to grant Scheduled Tribe (ST) status to six communities and introduced the same in the Rajya Sabha, which would ensure protection of the rights of the people belonging to these communities.

Mr Sonowal said for ensuring rights of the indigenous people over land, the state government had, "for the first time in the history", distributed land deeds to 11,500 landless families on a single day, the release said.

The government would grant deeds to one-lakh indigenous families in the next few months and also to 1.30-lakh tea growers, he said.

His government will continue its unrelenting tirade for a corruption-free, pollution-free, "foreigners-free" and militancy-free Assam, he added.