"Sanatana Has To Be Saved": Giriraj Singh Adds 'Gotra' To Name

A few months back, the BJP minister faced immense criticism from the leaders of several political outfits for stating that Muslims should support the construction of Ram temple. 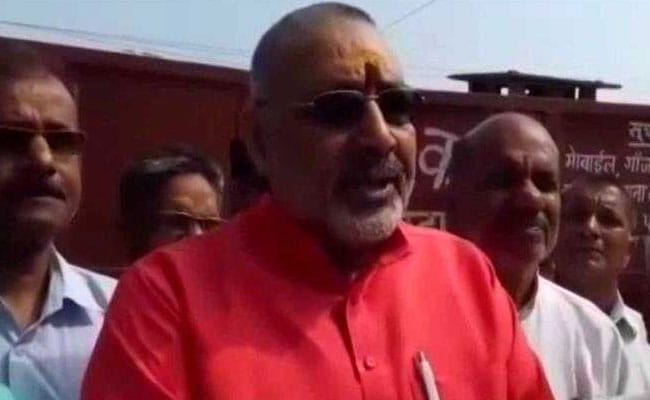 Union Minister Giriraj Singh has announced that he would prefix his 'gotra' to his name and henceforth be called "Shandilya Giriraj Singh". The minister also asked the Hindus to follow the practice to save 'SanatanaDharma'.

The BJP leader announced his decision on micro-blogging site Twitter on Monday. "To save the country, Sanatana has to be saved and to save Sanatana, we will have to tread the path shown by sages and seers and attach ourselves to our respective gotras. From today, I change my name to Shandilya Giriraj Singh, after Rishi Shandilya. I request all Sanatanis to prefix their gotras to their names", he wrote on Twitter in the Hindi.

A few months back, the BJP minister faced immense criticism from the leaders of several political outfits for stating that Muslims should support the construction of Ram temple.

"I believe our side is stronger. We will respect the court's decision but I would say that the way our Shia brothers have extended support to build the Ram temple, other Muslim brothers should also do so, and let go of their obstinacy because we both are descendants of Hindus," he had said.