Two Congress MLAs dealt a body blow to the party by joining the BJP at a time when the alliance government enjoyed only a wafer-thin majority in Goa. 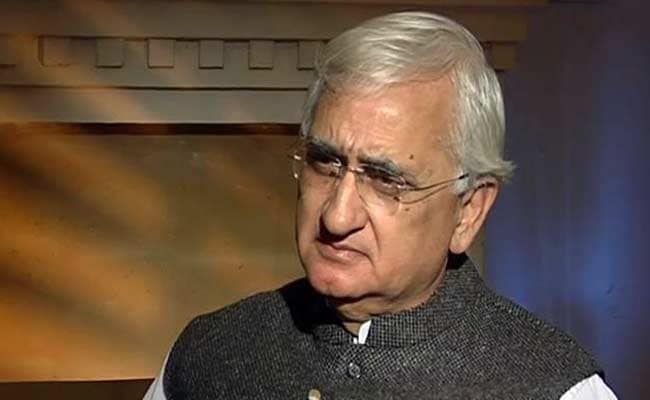 Salman Khurshid said it was a setback for the BJP as they speak of principled politics.

Former Union Minister Salman Khurshid on Wednesday termed the BJP's act of luring two Goa Congress MLAs over to its side yesterday as a "setback" for the ruling party, and not the opposition.

"You can call it a setback for us, but I believe it is a setback for the BJP as they speak of principled politics. They complain that everything was wrong before they came to power, but now we see them function in a manner that is extremely questionable," the Congress leader said at an event in Kolkata. "MLAs that go today can come back tomorrow, who were there (on opposition benches) can come here (ruling side)... is that the kind of politics we want?"

Two Congress MLAs -- Subhash Shirodkar and Dayanand Sopte -- dealt a body blow to the party by joining the BJP at a time when the alliance government enjoyed only a wafer-thin majority in Goa. The duo was inducted into the party at a press conference addressed by Union Minister Piyush Goyal after meeting BJP president Amit Shah at his Delhi residence on Tuesday.

The MLAs met Goa Chief Minister Manohar Parrikar, who is still recuperating from a pancreatic ailment, at his Dona Paula residence this evening. "Sopte and I met the Chief Minister -- his health is improving. He said we have his complete support, and we should start working in our constituencies immediately," news agency PTI quoted Mr Shirodkar as saying.

Mr Khurshid, in his interaction with mediapersons, lamented the erroneous decision made by Mr Sopte and Mr Shirodkar at a time when the tide seemed to be turning against the ruling party. "It is sad that those we have cherised and worked with have left Congress to join the BJP at a time when everybody is thinking of leaving the BJP and coming to Congress. Let us see how things pan out," he told reporters after visiting the College Square Puja Marquee.

Mr Khurshid said that the process of dialogue must not be stalled, and anybody who has concerns of any kind must express them instead of resorting to vigilante justice. "We should always be ready with an an open heart and open mind to listen to our people," he asserted.

Hordes of Hindutva activists laid seige to the Sabarimala temple today to protest against a Supreme Court judgment allowing women between the age of 10-50 years to enter its premises. They vandalised vehicles, heckled female journalists and threatened women devotees who turned up to offer their respects to the deity.

Both the Congress and the BJP have lent their support to the agitation in an attempt to gain a political advantage in the state. The Pinarayi Vijayan government, however, has stated that it will do its best to ensure that the Supreme Court-granted right of women to worship at the Sabarimala temple is protected.