The police have cleared hundreds of protesters from a site in Nilakkal and said no protesters would be allowed to gather near the Sabarimala temple. 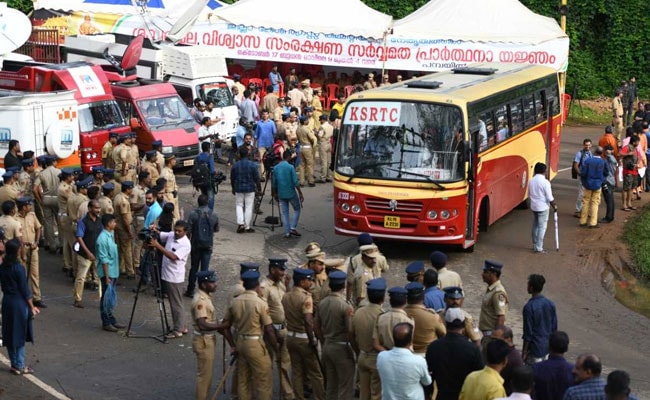 Sabarimala protests: Police lathicharged the protesters who threw stones at them

Nilakkal/Pamba: Kerala's Sabarimala temple opened its doors to women of all ages on Wednesday evening after much protest, violence and the final imposition of prohibitory orders that bans large gatherings. Through the day, protesters had been trying to enforce the centuries-old ban on the entry of women of reproductive age in the temple, which was scrapped by the Supreme Court last month. They combed buses, stopped women from going near the temple, attacked journalists, vandalised media vehicles and threw stones at the police. Kerala's CPM-led government has blamed the Rashtriya Swayamsevak Sangh, the BJP's ideological mentor, for the violence.