Salman Khan's Tubelight Trailer: Here's How Long You Have To Wait

The trailer of Salman Khan's much-awaited film Tubelight will release on May 25. "Tubelight trailer out on 25th of May - can't wait to show you guys," tweeted Kabir Khan 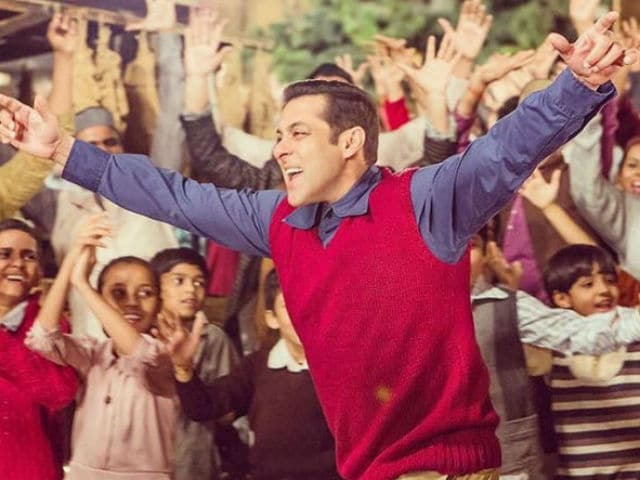 New Delhi: Salman Khan fans, rejoice. The trailer of the actor's much-awaited film Tubelight, will release on May 25. Kabir Khan, the director of the film, tweeted, "#TubelightTrailer out on the 25th of May - can't wait to show you guys!." (Kabir Khan, even we can't wait to watch Salman in Tubelight). Just last week, the first song of Tubelight was unveiled. The Radio Song received more than 3 million views in just 12 hours of its release. Tubelight is based on the Sino-Indian war in 1962. Salman co-stars with Sohail Khan, Chinese actor Zhu Zhu and child artist Matin Rey Tangu. Watch the official teaser of Tubelight here.


Groove to The Radio Song with Salman.


Meanwhile, Tubelight is the first Bollywood film to get a personalized emoji on Twitter, inspired by Salman Khan's look from the film. "Happy to announce tht Tubelight becms the FIRST Bollywood film with its own character emoji #TubelightKiEid!" tweeted Kabir Khan.

For all Karan-Arjun fans, a surprise awaits. Didn't get us? Shah Rukh Khan and Salman Khan will be sharing screen space in Tubelight. The two superstars will be seen together after 15 years. SRK has a cameo appearance in Tubelight. "It was a role screaming for a superstar cameo otherwise I wouldn't have. I find it gimmicky. But when you will watch the film, you will realise the role needed a superstar. We went to him with the role and he was kind enough to agree. It is a brilliant cameo but I can't say much about it because it will take away the joy of seeing it," Kabir Khan earlier told Indian Express.