Sakshi Malik To Be Promoted As Gazetted Railway Officer 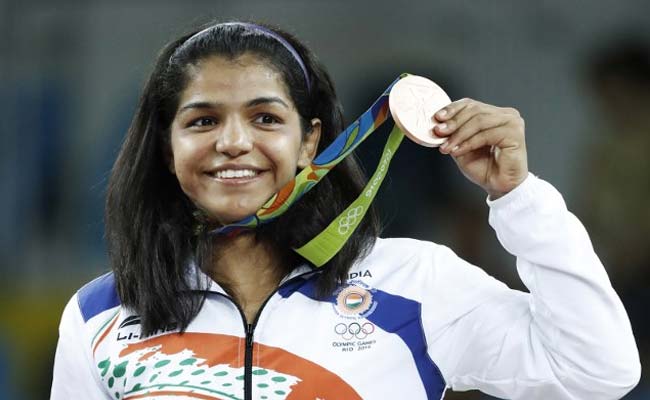 Wrestler Sakshi Malik will be posted in the Zonal Railway of her choice.

New Delhi: Following her bronze medal win at the Rio Olympics, wrestler Sakshi Malik, who is a railway employee, will be awarded Rs 50 lakh and also promoted as a gazetted officer.

According to the announcement made earlier by Railway Minister Suresh Prabhu before the commencement of the Olympics, Sakshi Malik will also be posted in the Zonal Railway of her choice.

"Entire Indian Railways fraternity is feeling proud today, as its employee has brought laurels for the nation," the Railways said in a statement.

Mr Prabhu along with both the Ministers of State Manoj Sinha and Rajen Gohain have congratulated her.

The gritty wrestler from Haryana won the Olympic Bronze medal in 58 kg category of women's freestyle wrestling. She also created history by becoming the first woman wrestler from India to bag an Olympic medal.

She is currently working in the commercial department of the Delhi Division of Northern Railway.

According to a senior Railway official, the national transporter facilitated grooming of Sakshi Malik as an ace wrestler by providing all kinds of facilities, environment and incentives. Wrestling coach of Railways Kuldeep Malik worked hard to prepare the women wrestlers for the mega event of the Olympics.