May Sign More Defence Deals With India, US Sanctions No Bar: Russia

Describing the recently-inked USD 5.4 billion S-400 missile defence system deal as the "largest contract" in the history of Indo-Russia ties, Russian Ambassador to India Nikolay Kudashev said it was one of the "speediest" agreements to be signed. 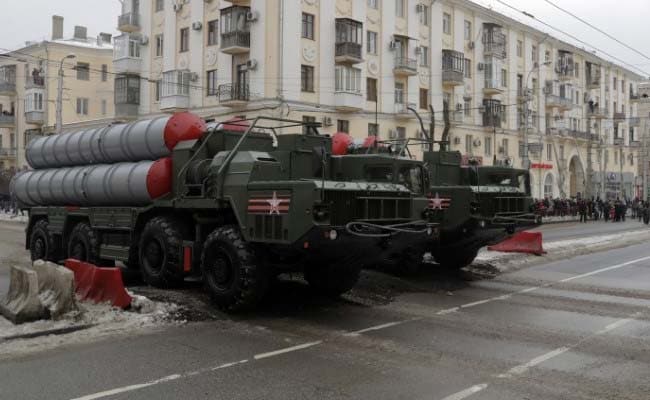 US sanctions will not be an impediment to Indo-Russia defence deals, and New Delhi and Moscow could soon sign agreements on frigates and Kalashnikov assault rifles, Russian Ambassador to India Nikolay Kudashev said Thursday.

Describing the recently-inked USD 5.4 billion S-400 missile defence system deal as the "largest contract" in the history of Indo-Russia ties, he said it was one of the "speediest" agreements to be signed between the two countries and there were no protracted negotiations.

The implementation of the contract, signed during President Vladimir Putin's visit from October 4-5, would start in 2020 and would last for five years, he said.

"Yes," Kudashev said emphatically, when asked whether it would be right to state that Countering America's Adversaries Through Sanctions Act or CAATSA would not put pressure on India and Russia for further defence deals.

His remarks come just a day after US President Donald Trump said India would soon "find out" if the punitive CAATSA sanctions apply to it over its USD 5 billion deal with Russia to purchase the S-400 Triumf air defence system.

The CAATSA is a US federal law that imposed sanctions on Iran, North Korea and Russia. In Russia's case, the act primarily deals with sanctions on Russian interests such as its oil and gas industry, defence and security sector, and financial institutions.

Under the CAATSA sanctions, only Trump has the authority for a presidential waiver to India on weapons deal with Russia.

The S-400 deal was underplayed by New Delhi, perhaps in a bid to keep its robust ties with Washington unblemished.

Prime Minister Narendra Modi and Vladimir Putin, who held their annual summit, did not mention the S-400 deal in their respective press statements. Government officials also did not publicly announce the inking of the deal, with only official sources confirming it and a joint statement making a mention of the deal.

Asked about the playing down of the S-400 missile defence system deal during President Putin's visit, Kudashev said the relationship between the two countries is very close and military and technical part of it is important, but it need not be interpreted as a defining one.

"The visit was about growing connectivity politically, economically, militarily in a humanitarian way, multi- dimensional... It was not about arms race, it was not about countering CAATSA, with its own CAATSA. The agenda was unifying, it was peaceful and that is why the military and technical side was important, but was one part of the statement," he said.

On why the S-400 deal was not signed publicly, the Russian envoy said under Russian rules and protocol agreements are done before or on the sidelines of talks not necessarily in the presence of leaders, and added that may be talks were on till late.

The Russian ambassador also slammed CAATSA, saying it was an instrument of political pressure and unfair competition.

Another Russian diplomat said the notion that some other defence deals were not signed during Putin's visit because of CAATSA was wrong as these were complex agreements and needed more time.

Kudashev also invoked statements made by Defence Minister Nirmala Sitharaman and External Affairs Minister Sushma Swaraj saying India does not acknowledge sanctions other than those introduced by the UN.

He said that during Putin's visit, the two countries also discussed strategies to identify common priority areas and how to protect their trade relationship from unpredictable factors like sanctions.

Talking about the proposal of jointly developing the Fifth Generation Fighter Aircraft (FGFA), he said that it was still on agenda, but India's priority at present were S-400, frigates, helicopters, assault rifles.

Kudashev also said India and the Russia should consider signing pacts such as the Logistics Exchange Memorandum of Agreement (LEMOA) and Communications Compatibility and Security Agreement (COMCASA), inked between New Delhi and Washington.

"Given the level of our military and defence cooperation, I think the two sides need to have a stronger legal basis like these (LEMOA, COMCASA) to secure our interests," he said.