Regularly Engaging With Indian Partners On Ukraine Situation, Says US

Russia Ukraine Crisis: Although India abstained from the UNSC vote last Friday it reiterated the need for immediate de-escalation and advocated a path of diplomacy. 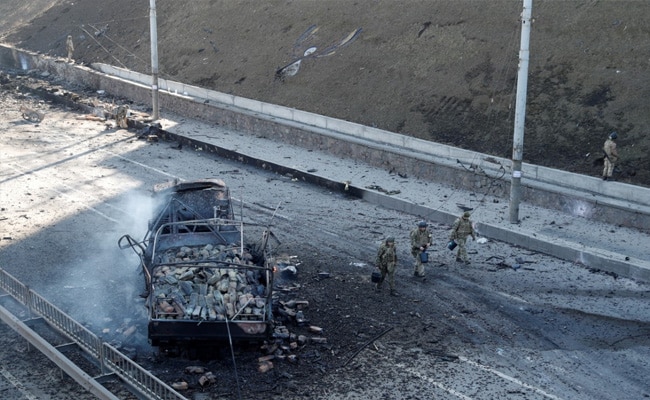 India on Friday abstained from voting on a UNSC resolution condemning Russia for the invasion.

The United States on Monday said it is regularly engaging with its partners such as India and UAE amid the rapidly evolving situation in Ukraine caused by Russia's large-scale military operations in the country.

Answering a question during a press briefing, US State Department Spokesperson Ned Price said the US has a "very close relationship" with India and they have discussed their concerns on the Ukraine conflict.

Although India abstained from the UNSC vote last Friday it reiterated the need for immediate de-escalation and advocated a path of diplomacy.

India on Friday had abstained from voting on the UNSC resolution condemning Russia, saying that the "path of diplomacy was given up".

"India's deeply disturbed by the recent turn of developments in Ukraine. We urge that all efforts are made for the immediate cessation of violence and hostilities," said India's Permanent Representative to the UN, TS Tirumurti at the UNSC meeting on Ukraine.

Mr Tirumurti had said that no solution can ever be arrived at, at the cost of human lives. He also expressed concern over the welfare and security of the Indian community in Ukraine.