There have also been reports of encroachment in certain places. In such a situation, a report of the updated status of all enemy properties should be prepared, said the UP Chief Minister's office. 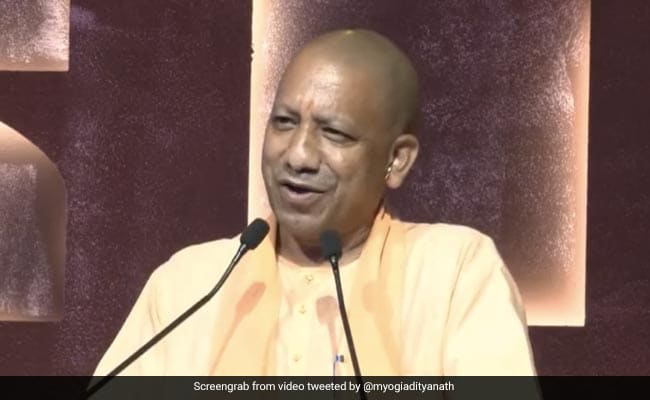 It is necessary to ensure the security of enemy properties located in different districts of the state.

The Principal Secretary, the Home also gave a presentation during the meeting covering the key points of the 'Chintan Shivir' held in Haryana under the chairmanship of the Union Home and Cooperation Minister, said a press release.

It is necessary to ensure the security of enemy properties located in different districts of the state. There have also been reports of encroachment in certain places. In such a situation, a report of the updated status of all enemy properties should be prepared, added the statement.

To make them free from encroachment, statewide action should be initiated under the supervision of the Home Department. A principal secretary-level officer should be appointed as a nodal officer for protecting, managing, and monitoring enemy property, added the press release.

"We need to make a planned effort to make the villages located on the interstate/international border 'vibrant'. The potential for tourism development can be shaped by effectively promoting the cultural/historical heritage of the border villages/districts. School children, NCC, NSS cadets/volunteers should be taken to these areas," said the Chief Minister.

The retired military personnel / paramilitary personnel residing in these areas should be recognised as 'Border Sepoys' (Sarhad ke Sipahi), and their necessary cooperation should be taken in maintaining the system here. In the border districts, 100 per cent saturation of the central and state government's public welfare schemes should be ensured.

The National Crime Records Bureau (NCRB) prepares a document of the status of crime data in the country. A nodal officer should be posted at the state level to smoothly implement the Criminal Procedure (Identification) Act 2022. In any case, ensure that the NCRB has access to accurate, real and time-bound data.

Keeping in view the importance of cyber security, now after the police zone, there is a need to establish a cyber crime police station in every district of the state. These cyber police stations can be established in the reserve police lines of the districts as per local convenience. At the state level, a joint cyber coordinating team should be established. This team should also include cyber experts in addition to the police department. Prepare and submit a detailed action plan.

The 'Safe City Project' is proving very useful in fulfilling the resolve of women's safety, respect and self-reliance. Through this project in the state, the Modern Control Room under Lucknow Police Commissionerate, Pink Police Booth, Asha Jyoti Kendra, CCTV cameras, help desk for counsellors in women police stations, panic buttons in buses and other security measures have been implemented. The security system of cities has become smart with the Integrated Traffic Management System installed under the Smart City Project. Prepare an action plan to develop more cities as 'Safe Cities' by doing financial management through convergence with inter-departmental coordination. In this way, in the first phase, Uttar Pradesh will be the first state to have 17 safe cities.

There is a need to intensify the campaign against illegal manufacture, and drug trafficking in the state. From this point of view, vigilance and intelligence will have to be further improved in sensitive districts. Vigilance should be increased on interstate and international borders. Strictest action should be ensured against the drug mafia.

'Uttar Pradesh Special Security Force' has been formed for strong security of important government and private buildings, industrial establishments, religious places, pilgrimage places, courts, metro rail etc. of the state. There is a need to strengthen the UPSSF and make it more professional on the lines of the Central Industrial Security Force. Necessary action should be ensured by the Home Department in this regard.