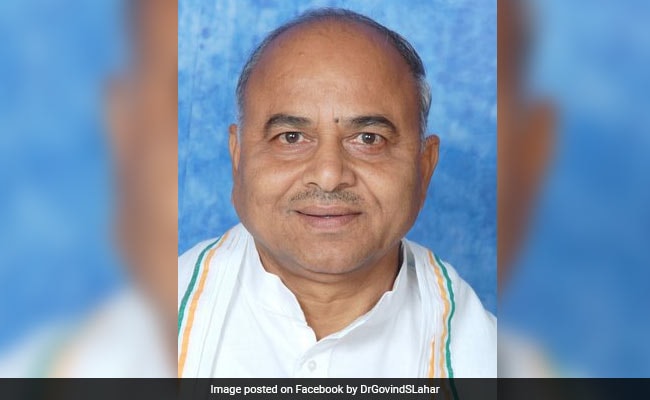 The comment was made by Dr Govind Singh in response to BJP's attack on the Congress government over law and order in the state.

Dr Singh is a prominent Congress leader in Madhya Pradesh. He was the home minister of the state during Digvijaya Singh's regime. He is a 7-time member of legislative assembly from Lahar in Bhind district.

"CM Kamal Nath ji's minister Dr Govind Singh's comment that the RSS gives training to make weapons, hand grenades, is ridiculous and symbolises ignorance. To talk about a nationalist organisation - that has been working for the character building of the nation for the last 94 years- in this manner, displays the Congress's mental bankruptcy," he tweeted yesterday.

Earlier this week, the Congress government came under attack from the opposition over two murders in the state. BJP leader and civic body chairman of Mandsaur, Prahlad Bandhwar, 50, was shot in full public view on Thursday. The second murder took place at a busy marketplace in Indore where, Sandeep Agarwal, 45, a builder and local businessman was killed.

Shivraj Singh Chouhan, condemned the killings and wrote a strong a letter to Chief Minister Kamal Nath, asking for a high level investigation. Mr Chouhan alleged that criminals in Madhya Pradesh had "suddenly become bold" after the Congress government came to power.

Madhya Pradesh BJP leader Manoj Thackeray was found dead in an open field in Barwani today. He is the second BJP leader, who was murdered in less than a week in the state. Mr Chouhan took to twitter this morning and shredded the Kamal Nath-led Congress government, over the law and order situation in the state.

"One after the other, the killing of BJP leaders is a serious matter. The state government is not taking it seriously and making a cruel joke of it. Popular BJP leader Manoj Thackeray was killed in broad daylight in the state home minister's backyard," Mr Chouhan tweeted.

The Congress won the Madhya Pradesh assembly election in December last year. The party was out of power in the state since 2003, when Uma Bharti-led BJP defeated the Congress.