The Supreme Court is set to wrap up arguments in the Ayodhya case by October 17 and deliver a verdict soon after. 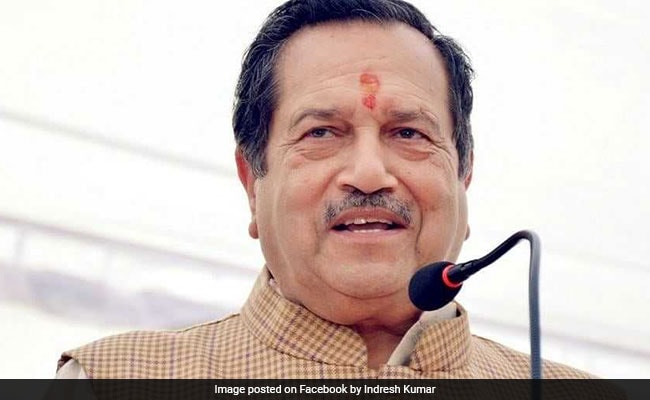 As the final countdown begins in the Ram Janmabhoomi-Babri Masjid case, RSS leader Indresh Kumar said that he believes that building Ram Mandir will be a matter of triumph for 130 crore Indians.

The Muslim Personal Law Board had said in a statement that they hoped "the Supreme Court will give its verdict in favour of Muslims."

Responding to the same, the RSS leader said: "Building Ram Mandir is not a matter of victory or defeat for anyone, rather it will be a victory for 130 crore people of India."

"Ram is also Imam-e-Hind, and Ram is also a form of Khuda, that is why people say that Ram is Khuda and Khuda is Ram. He is one of the best Nabi of the world and we should keep one thing in our minds that insulting the Nabi of any other religion and insulting their place is inhuman, immoral and a kind of violence," Mr Kumar added.

A few days ago, Prime Minister Narendra Modi had appealed everyone to trust the Supreme Court on the issue and to not make any controversial comments. However, despite his appeal, rhetoric continues on the issue.

The Supreme Court is set to wrap up arguments in the case by October 17 and deliver a verdict soon after.