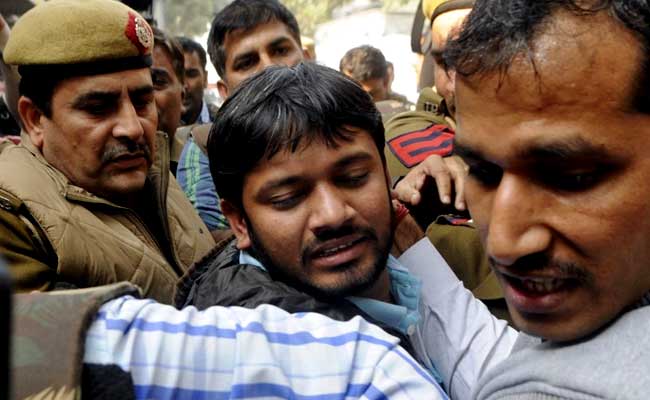 New Delhi: With posters of "Rohith ka JNU" plastered across the walls of the varsity, the students and teachers are eagerly waiting for the students union president Kanhaiya Kumar to be back on campus from Tihar jail where he is in custody in connection with a sedition case.

The varsity students including Kanhaiya himself were agitating demanding justice for Rohith Vemula, a Dalit research scholar, who committed suicide at Hyderabad Central University, when a row erupted over holding of an event against hanging of Parliament attack convict Afzal Guru where anti-India slogans were allegedly raised.

"The government recognised us as voices of dissent as we came in support of the students agitating at FTII and then we made death of Rohith Vemula a national issue. Kanhaiya himself was supposed to take part in a rally held last week for Rohith but those in power targeted him for the same reason," said JNU Students Union's vice president Shehla Rashid Shora.

"His bail plea has been deferred again and again and custody extended. We are hoping for Comrade Kanhaiya to be back on campus and join our movement against branding of the university as a den of anti-nationals," she added.

Delhi High Court will hear Kanhaiya's bail plea tomorrow. The administration block, where every evening the students gather to register their protest over the action against students and attend lectures on nationalism, still has posters of 'Rohith Ka JNU' and hoardings of "Justice for Rohith". It is the same venue where the students, who love being called 'comrades', had started an indefinite hunger strike demanding justice for Mr Vemula.

According to Sucheta De, former President JNUSU, the row is not just about Kanhaiya but also other students who have got caught in this "seditious politics".

Explained: Centre vs States On New IAS Rules For Transfer