Wildlife rangers and hunters assembled in Jharkhand after another victim was trampled to death on Tuesday evening. The elephant crushed four victims in Bihar in March before crossing into neighbouring Jharkhand and killing 11 more. 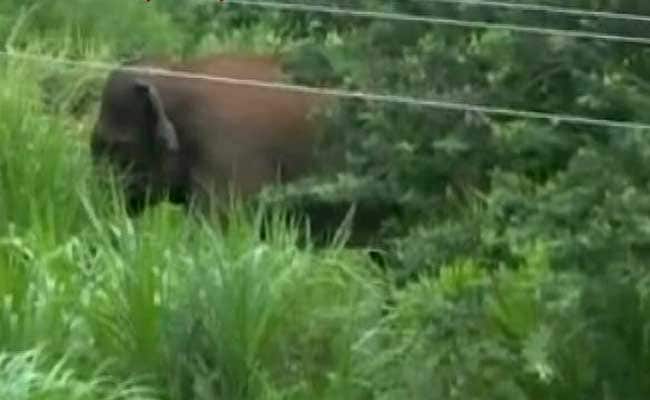 Elephants kill roughly 60 people every year in forested Jharkhand, according to officials.

New Delhi: An elephant that has killed 15 people in Bihar and Jharkhand over a months-long rampage could be shot within days if it is not brought under control, an official said Wednesday.

The rogue elephant crushed four victims in Bihar in March before crossing into neighbouring Jharkhand and killing 11 more.

"Villagers are living in fear, especially the Paharia tribe that lives on the upper hillier regions where the elephant roams. Something must be done," Mr Singh said, referring to one of the poorest tribal communities in the region.

"We have a team of experts and hunters here with us. We are brainstorming a solution... one of them is to shoot the animal. But that's the last resort and we will take a call in a day or two."

The marauding elephant likely wandered from its herd and became lost, straying into villages where the killings took place.

Elephants kill roughly 60 people every year in forested Jharkhand, Mr Singh said, just a fraction of the estimated 1,100 who died nationwide from elephant or tiger attacks in the three years to May.

Promoted
Listen to the latest songs, only on JioSaavn.com
The environment ministry estimates a person dies every day in the country in clashes with these endangered, jungle-dwelling animals -- the vast majority crushed by elephants.

Violent encounters between elephants and humans were an "increasing trend", said Mr Singh, as vast swathes of forest are cleared for human settlements or industry.