"Man Up With 56-Inch Chest, Tell Truth On Rafale": Robert Vadra Hits Back

The BJP had alleged yesterday that Mr Vadra received an apartment in London and flight tickets to Zurich in return for helping a businessman secure the deal. 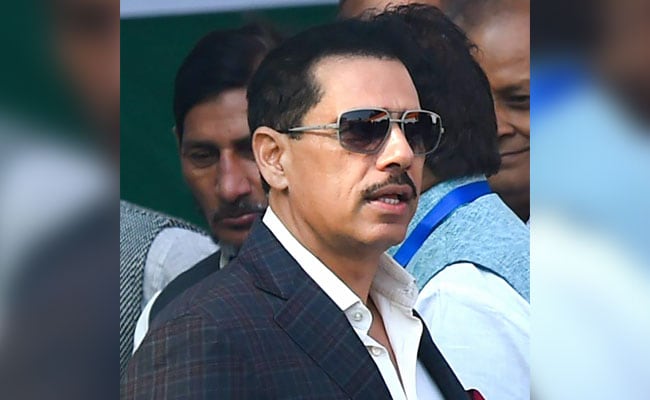 Robert Vadra accused the BJP of using investigative agencies to wrongfully target him.

Robert Vadra, the son-in-law of Congress leader Sonia Gandhi, today dismissed the ruling BJP's allegation that the United Progressive Alliance (UPA) government had pulled out of the Rafale deal because Dassault Aviation did not award the contract to his friend. He also accused the BJP of "raking up" his name every time it is cornered.

The BJP had alleged yesterday that Mr Vadra received an apartment in London and flight tickets to Zurich in return for trying to help the businessman, Sanjay Bhandari, secure the deal. The Congress responded by calling the BJP "desperate".

Mr Vadra's rebuttal was more scathing. "It used to amaze me in the beginning but it has now become a wholesale farce... the BJP rakes up my name every time they are cornered, whether it's the falling rupee, soaring oil prices or this latest number when they have been totally exposed selling out the nation on Rafale," he said.

He also accused the ruling party of using the country's investigative agencies to wrongfully target him. "Having all the agencies under their beck and call....no one knows better than the present government and the BJP that they have indulged in a baseless political witch hunt against me for the last 4 years. Instead they should man up with their 56" chests and tell the nation the truth about the RAFALE deal rather than hide behind a bunch of lies that the people are fed up of hearing them repeat!" Mr Vadra said.

BJP Spokesperson Sambit Patra yesterday released what he claimed were copies of first-class air tickets and photographs of a London flat gifted to Mr Vadra. "He will go to jail for allegedly helping a defence dealer bag contracts during the UPA's rule," the politician said.