Businessman and philanthropist RN Shetty died today in Bengaluru. He was 92. 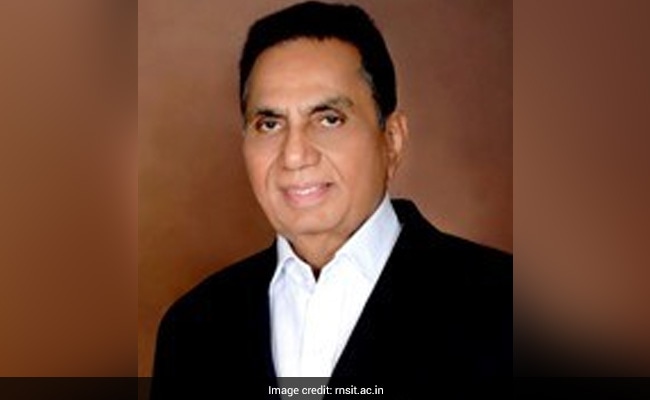 RN Shetty, eminent businessman and philanthropist died at his residence due to a cardiac arrest in the early hours of Thursday, family members said. He was 92. RN Shetty is survived by his wife and three sons. Born on August 15, 1928 at Murudeshwar in the coastal district of Uttara Kannada, Rama Nagappa Shetty founded the RN Shetty and Company in 1961 and ventured into the construction industry with focus on infrastructure building.

RN Shetty built tunnels for the railways, dams, canals, bridges, and buildings in various parts of Karnataka and neighbouring states. Later, he entered the hospitality and education sector and left a mark there as well. The Federation of Karnataka Chambers of Commerce and Industries had bestowed on him the Visvesvaraya Memorial Award in 2004 and the Bengaluru University conferred an honorary doctorate in 2009.

A devout Hindu, RN Shetty had undertaken modernisation of the historic Murudeshwara Temple, which his ancestors had served, and was instrumental in building the 249 ft tall Raja Gopura of the temple, considered to be the tallest gopuram in Asia.

Condoling the philanthropist's death, Chief Minister BS Yediyurappa said RN Shetty, who was born in a peasant family ventured into various businesses and left a deep imprint in the construction, infrastructure development, hospitality and education sector. Remembering him as ''Mahadani'' (great philanthropist), former Prime Minister HD Deve Gowda said, "I am deeply pained to learn about the demise of great philanthropist and businessman Dr RN Shetty who had founded various education and religious institutions.