Ram Vilas Paswan said the Rashtriya Janata Dal is riding two horses at once by joining hands with the Congress in Bihar and with the SP-BSP alliance in Uttar Pradesh. 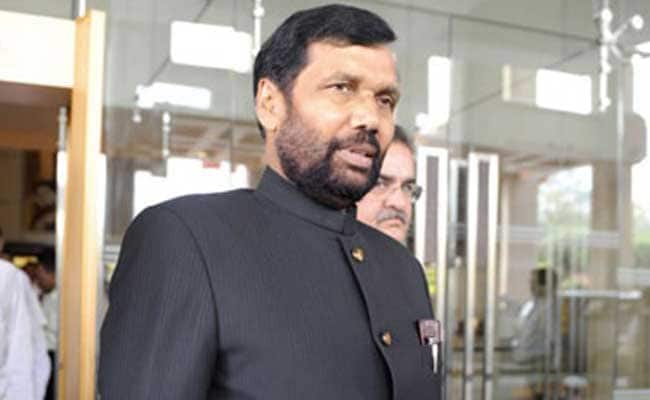 Ram Vilas Paswan says unparliamentary language was used against him during a debate. (File)

Lok Janshakti Party president and BJP ally Ram Vilas Paswan today accused Rashtriya Janata Dal (RJD) legislators Misa Bharti and Manoj Jha of using "indecent and unparliamentary" language against him during a debate in Parliament on the bill for reservation for the general category poor.

"After I supported the bill, RJD MPs Misha Bharti and Manoj Jha used indecent and unparliamentary language against me during the debate in Rajya Sabha on January 9," Mr Paswan said in a tweet.

There was no immediate response from either of the two legislators of the Lalu Prasad-led RJD.

Mr Paswan also sought to corner the Congress, saying it on one hand supports the 10 per cent quota for the general category poor while on the other it has joined hands with RJD, which has vehemently opposed it.

He said the RJD is riding two horses at once by joining hands with the Congress in Bihar and with the SP-BSP alliance in Uttar Pradesh.

"People have to decide in the Lok Sabha polls whether they want a strong government or helpless government," he said.