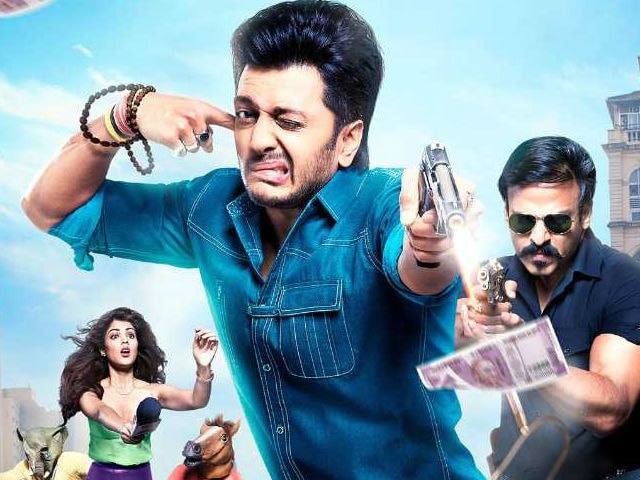 New Delhi: The makers of Riteish Deshmukh and Vivek Oberoi's upcoming film Bank Chor are happy that their film will release with 'U/A certificate,' reports news agency IANS. Bank Chor makers will also have to incorporate minor audio dubbings without any visual cuts. Bank Chor is the story of three amateur bank robbers - played by Riteish, Vikram Thapa and Bhuvan Arora - who pick a wrong time to stage a heist. Vivek Oberoi plays the cop assigned to catch the trio. "The three chors - Champak, Genda and Gulab - are simpletons and their banter has no adult humour," read a statement from Y-Films, a branch of Aditya Chopra-headed Yash Raj Films, which has produced Bank Chor.

Riteish, who has featured in several adult comedies like the Masti series and the Kya Kool Hai Hum films, said that team Bank Chor wanted the film to appeal to family audiences. "Throughout the making of the film, we kept family audiences in mind and we are so glad that the film has got a rating that will attract all kinds of people to the theatres on June 16," said Riteish.

Vivek Oberoi, who co-starred with Riteish in the Masti films, added: "Even though my character plays a badass cop in the film, we refrained from showing him smoking or using any cuss words as we didn't want to alienate younger audiences and families from the film. So Bank Chor now earns the accolade of being one of the cleanest comic thrillers ever."

Promoted
Listen to the latest songs, only on JioSaavn.com
Bank Chor, directed by Bumpy, also stars Baba Sehgal and Rhea Chakraborty. The film releases on June 16.