Mukesh Vaniya, the 35-year-old Dalit ragpicker, was lynched and his wife Jayaben Vaniya was roughed up on May 20, officials said. 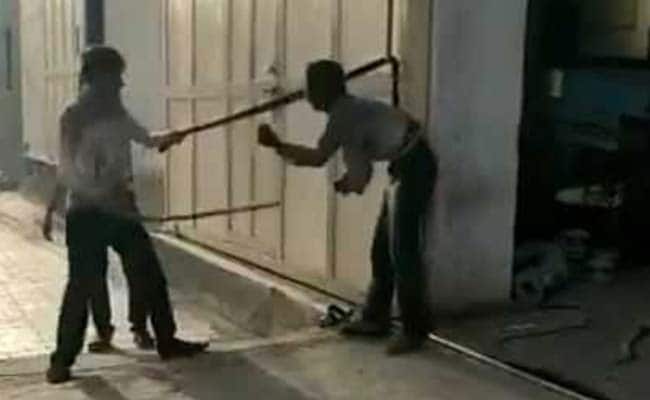 Mukesh died while being taken to the government hospital in Rajkot

New Delhi: The NHRC has sent a notice to the Gujarat government over the incident in which a Dalit man was allegedly beaten to death in a factory compound near Rajkot district's Shapar town by five people, and sought a report on it within four weeks.

Mukesh Vaniya, the 35-year-old Dalit ragpicker, was lynched and his wife Jayaben Vaniya was roughed up on May 20, officials said.

He was allegedly beaten to death in the factory compound by five people, including the factory owner, who suspected that he and his wife were stealing scrap, they said.

The National Human Rights Commission in a statement today has observed that the contents of the news report, if true, raise serious issue of violation of human rights of victims.

"Accordingly, it has issued a notice to the chief secretary to the government of Gujarat, calling for a report in the matter within four weeks, along with measures taken for relief to the affected families," the statement said.

A video of the incident -- purportedly showing two persons taking turns to beat Mr Vaniya with a stick while another person holding him by a rope tied to his waist -- was circulated widely on social media.

The five accused, including the owner of Radadiya Industries where the incident allegedly took place, were arrested under the SC/ST Prevention of Atrocities (POA) Act and sections of the IPC relating to murder, assaulting a woman and wrongful confinement, said Gujarat Minister of State for Home Pradipsinh Jadeja.

The government is taking stern action against the culprits, he said at a press conference yesterday.

The couple was picking through garbage near Radadiya Industries, located in the Gujarat Industrial Development Corporation (GIDC) area, when they were held and beaten up by the accused.

Promoted
Listen to the latest songs, only on JioSaavn.com
Mukesh died while being taken to the government hospital in Rajkot, an official at the Shapar-Veraval police station said.

"As reported, the deputy superintendent of police of the area has stated that there are wounds on the body of the deceased which could have been caused by blunt objects like sticks. The probe in the matter has been reportedly initiated by police authorities," the NHRC statement said.