WhatsApp texts between Sushant Rajput and Priyanka Singh that were leaked in September, revealed that his family was aware of his mental health problems. 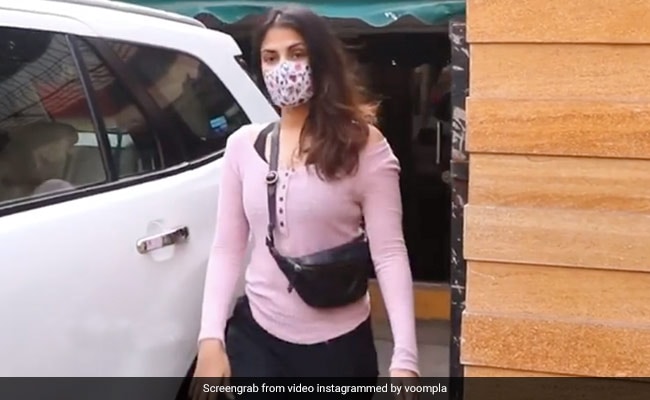 A case filed against Priyanka Singh -- the sister of actor Sushant Singh Rajput -- for allegedly getting him medication on false prescription, holds, the Bombay High Court ruled today. A similar case filed against his other sister, Mitu Singh, however, was dismissed.  Both sisters had appealed to the court for cancellation of the police cases, in which they were accused of forgery and violation of the NDPS (Narcotic Drugs and Psychotropic Substances) Act. The lawyer for Sushant Singh's sister has said that they will challenge the High Court's verdict in the Supreme Court.

The cases were filed on complaints by Sushant Rajput's girlfriend, actor Rhea Chakraborty, who is being investigated by multiple agencies after his family accused her of having a role in his death last June.

"We are satisfied with the verdict. It appears ultimately Rhea Chakrabortys cry for Justice and Truth has prevailed. Satya Meva Jayate," her lawyer Satish Maneshinde tweeted.

The CBI investigation against Priyanka Singh, who shared the medicine prescription with Sushant Singh Rajput over WhatsApp, will continue, the court said.

"There is prima facie case found against Priyanka Singh and there should not be any impediment against investigation against her," the judges said.

WhatsApp texts between Sushant Rajput and Priyanka Singh that were leaked in September, revealed that his family was aware of his mental health problems.

Chats dated June 8 -- six days before Sushant Singh Rajput was found dead in his Mumbai apartment -- indicated that Priyanka Singh had asked him to take three medicines – Librium, Nexito and Lonazep. All three are prescribed for depression and anxiety and cannot be given to anyone without medical check-up.

The chat revealed that Priyanka Singh had had also sent a prescription for the drugs on WhatsApp.

The chats had put to question Sushant Singh's family's claim that they were unaware of his mental health issues he might have been battling. The family had alleged Rhea Chakraborty had mentally harassed the actor, stole crores from his bank accounts and had a role in his death.