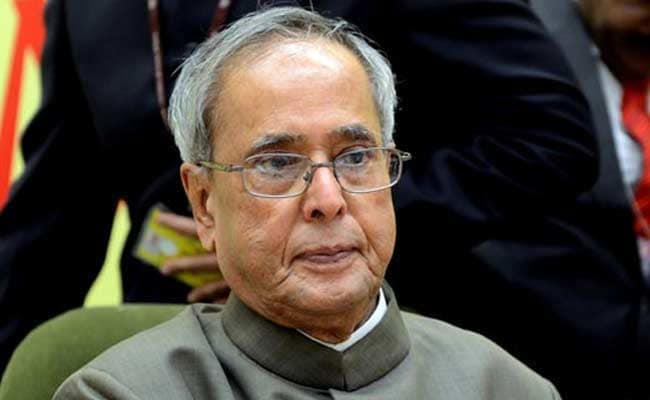 New Delhi: President Pranab Mukherjee has said that the return of awards by writers and intellectuals was "evidently spontaneous" and a way of protest that has triggered a nation-wide debate on the issue of intolerance, a release issued today by a group of intellectuals has claimed.

A three-member delegation comprising Ashok Vajpeyi (poet), Vivan Sundaram (painter) and Om Thanvi (journalist) had called on the President yesterday and submitted a memorandum on behalf of writers, artists, scientists and academics.

They sought his intervention to persuade the Central and state governments to ensure tolerance, freedom of expression and mutual cooperation, the release said.

"The President expressed the view that 'award-vapasi' is a way of protest and it has been evidently spontaneous. He feels that the reason India has survived, though many more ancient civilisations have disappeared, is due to its pluralism over millenia."

"The recent protests by writers, artists, scientists and academics have made the issue of intolerance a matter of nation-wide debate," the President was quoted as having told the three-member delegation.

The delegation thanked the President for speaking repeatedly against growing intolerance and also requested him 'as the head of the nation' to do all that is possible to advise and persuade states and central governments, political parties and all others to act decisively to end the incidents of intolerance.

They should ensure that the ethos of tolerance, mutual cooperation, respect for plurality and difference, scope for dissent and dialogue, freedom of expression are all ensured and given full and free expression both in deeds and words, the release said.