The court granted three months time to Prasar Bharati to inform its customers or subscribers of the new name. 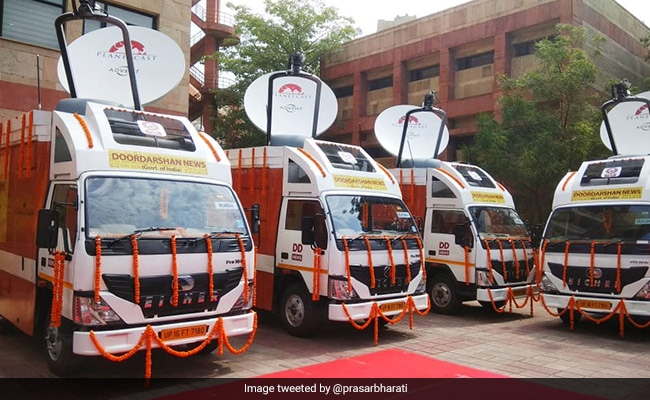 The court said it was not expected of a public sector enterprise to use another's trade mark.

The Delhi High Court on Tuesday restrained Prasar Bharati from using the trademark ''Dish'' of Dish TV for its Direct To Home (DTH) service.

Justice Rajiv Sahai Endlaw, in an interim order, said that during the pendency of the suit, the public service broadcaster is restrained from infringing the trade mark of Dish TV India Ltd by adopting the mark ''DD FREE DISH'' or any other mark incorporating the word ''DISH'' in it.

The court said it was not expected of a public sector enterprise to use another's trade mark.

"Rather, I am dismayed that the defendant, a public sector enterprise, indulged in using another's trade mark and in spite of the plaintiff objecting thereto, refused to act reasonably. The same is not expected of a public sector enterprise which according to the proclaimed litigation policy of the Government is not to be indulged in," the judge said.

The court further said it is at least now expected that the officials responsible for conduct of the business of the defendant (Prasar Bharati) will bestow attention thereto and take a call, whether it is worthwhile to contest this litigation, obviously at the cost of the exchequer.

The court granted three months time to Prasar Bharati to inform its customers or subscribers of the new name.

Dish TV, represented through senior advocate Sandeep Sethi and lawyer Sudeep Singh, has sought for permanent injunction restraining Prasar Bharati from infringing its trade mark ''DISH TV'' and from passing off the defendant's services as that of the plaintiff by adoption of the name / mark ''FREE DISH''.

Prasar Bharati contended that there is no similarity between ''DD Free Dish'' and ''DISH TV'' and there is no possibility of anyone being misled. It said that ''DISH'' is a generic word used to describe equipment which receives the satellite signals and every DTH platform requires a Dish Antenna for receiving its signals.

The court said even though the defendant's mark has the word ''DD'' which is associated by all concerned with Doordarshan, but "considering the complex public private partnerships / ventures and different business modules prevalent today, it cannot be said that the same is incapable of breaking the connection or identity which is bound to be formed in the minds of consumers or public at large..."

"There can be similar other myriad opinions which can be formed because of such association. The entire law of trade marks is to prevent the same from happening and once the possibility of such opinions / impressions being formed is found to exist, the law has to intervene and stop infringement," the court said.

It listed the matter before the Joint Registrar on July 24 for scheduling the date of trial.