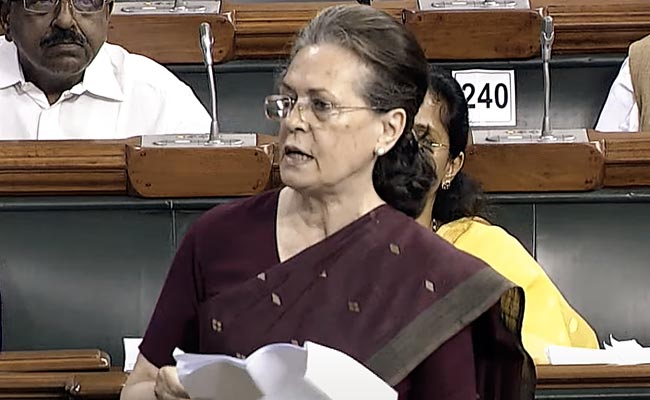 Sonia Gandhi said mid-day meals will help bring those children back to school who had dropped out.

Congress president Sonia Gandhi on Wednesday urged the Centre to restart the mid-day meal scheme in schools which was discontinued during the COVID-19 pandemic.

Mrs Gandhi said children, the future of the country, had suffered the most during the pandemic as schools were among the first institutions to be shut down and the last to reopen.

"When schools were shut down, the mid-day meals scheme was also discontinued. It was because of the National Food Security Act and directions from the Supreme Court that people were given dry rations. But, for children, dry ration is no substitute for cooked and nutritious meals," she said.

Mrs Gandhi said it was true that children and their families had to face difficult times during the unprecedented pandemic.

"But now, as children return to school, they need to be given better nutrition. Mid-day meals will also help bring those children back to school who had dropped out during the pandemic," she said.

Mrs Gandhi noted that according to the National Family Health Survey (NFHS) 2019-21, the percentage of malnourished and underweight children, under five years of age, has increased in comparison with 2015-16.

"This is worrisome and the government should make every effort to prevent this," she asserted.

This is Mrs Gandhi's second Zero Hour mention within a week.