20 women have alleged that Mr Akbar sexually harassed them when he worked as a journalist. 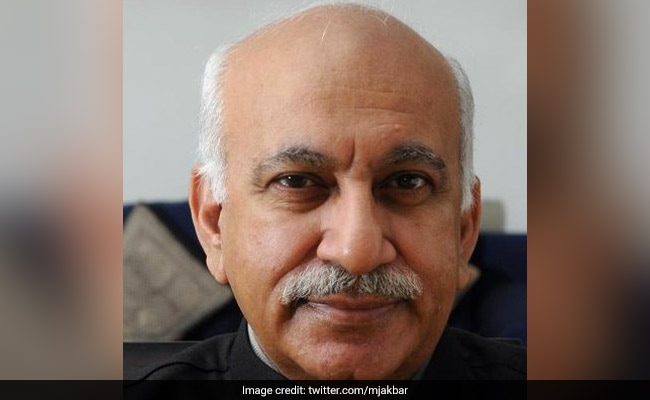 The Aam Aadmi Party has reacted to the resignation of Minister of State for External Affairs MJ Akbar over allegations of sexual harassment, saying criminal proceedings should be started against him.

"Mere resignation by Akbar is not sufficient considering gravity of allegations against him. Criminal proceedings must be started against him," said AAP spokesperson Dilip Pandey.

"Since I have decided to seek justice in a court of law in my personal capacity, I deem it appropriate to step down from office and challenge false accusations levied against me, also in a personal capacity," he said in the statement.

20 women have alleged that Mr Akbar sexually harassed them when he worked as a journalist. He also filed a defamation suit against senior journalist Priya Ramani who accused him of sexual harassment.

"We salute the courage of the 20 brave women who boldly faced Akbar's intimidation and forced him to resign as a minister of government of India. His resignation completely exposes the BJP that came to power with the slogan of 'Chaal, Charita and Chehra'(behaviour, character and personality)," Mr Pandey said.