Republic Day Parade 2019: Asked why only four soldiers of INA are taking part in the parade, Major General Rajpal Poonia, Parade Deputy Commander, said it was difficult to find members of the INA who are still alive. 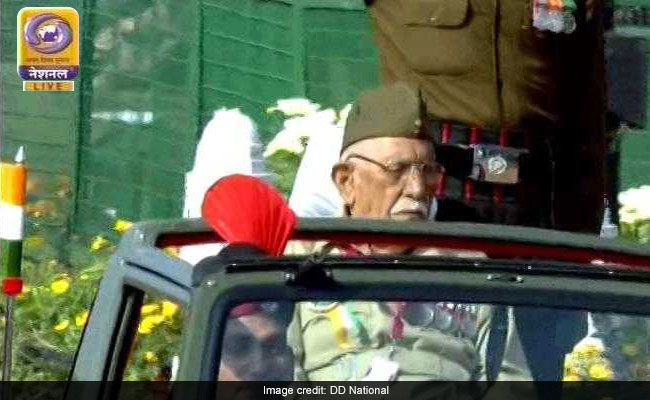 Republic Day 2019: Aged between 97 and 100, all INA soldiers are residents of nearby areas of Delhi

Four veterans of Netaji Subhas Chandra Bose's Indian National Army, all aged over 90 years, participated in the country's 70th Republic Day celebrations. This was the first time that INA soldiers will take part in a Republic Day parade.

Aged between 97 and 100, all former soldiers are residents of nearby areas of Delhi.

The veterans were seated in an open jeep and were preceded and succeeded by various contingents of the armed forces.

The oldest soldier, Bhagmal, is 100 years old. He joined and fought for INA in 1942 and now lives Manesar, Haryana. The other three members include Lalti Ram, 98, from Panchkula, Hira Singh, 97, from Narnaul in Haryana and Parmanand Yadav from Chandigarh.

Asked why only four soldiers of INA are taking part in the parade, Major General Rajpal Poonia, Parade Deputy Commander, said it was difficult to find members of the INA who are still alive.

"INA soldiers had links with the British Indian Army, so they also have links with our legacy," he added.

Founded by nationalist Rash Behari Bose in 1942, the INA was formed to fight against the British rule for an independent India. Later, Netaji Subhas Chandra Bose took charge of the army and drew Prisoners of War to fight against British forces in various parts of the country.

A number of people associated with the INA during the war later went on to hold important roles in public life in India as well as in other countries in Southeast Asia, most notably Lakshmi Sehgal in India, and John Thivy and Janaki Athinahappan in Malaya.

The artillery gun system M777 American Ultra Light Howitzers, recently acquired from the US are a part of the parade along with Train 18, India's fastest train.