The Punjab and Haryana High Court had directed the administration to assess the damage during the violence after conviction of Ram Rahim. 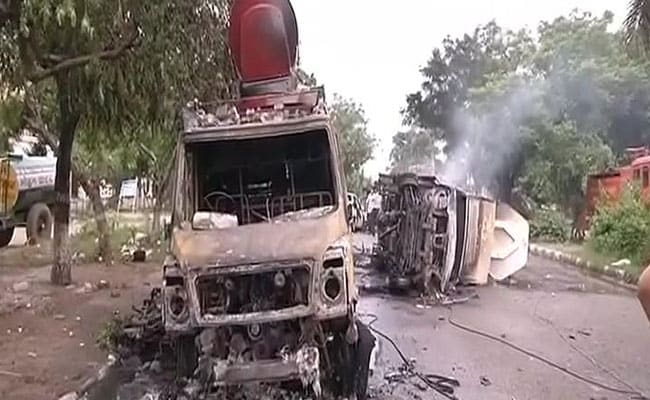 Violence broke out in parts of Punjab, Haryana and Delhi after Ram Rahim was convicted (File)

Chandigarh: The Sirsa district administration has issued a public notice, asking people to report and claim compensation against the loss and damage during the August 25 violence, which broke out after the conviction of Dera Sacha Sauda chief Gurmeet Ram Rahim Singh.

The Punjab and Haryana High Court had directed the administration to assess the damage during the violence.

The district administration has constituted a committee under the chairmanship of the additional deputy commissioner.

This committee will accept all applications pertaining to the loss in a prescribed proforma, he said.

Promoted
Listen to the latest songs, only on JioSaavn.com
Based on this, the report will be sent to the state government so that the victims can be compensated for their losses.

In addition to individual, claim of loss can also be filed by any head of the departments, boards, corporations and other public institutions, the spokesman said.