More than 98% of Reliance workers have received at least one dose, India's largest company by market value said in a statement Friday. 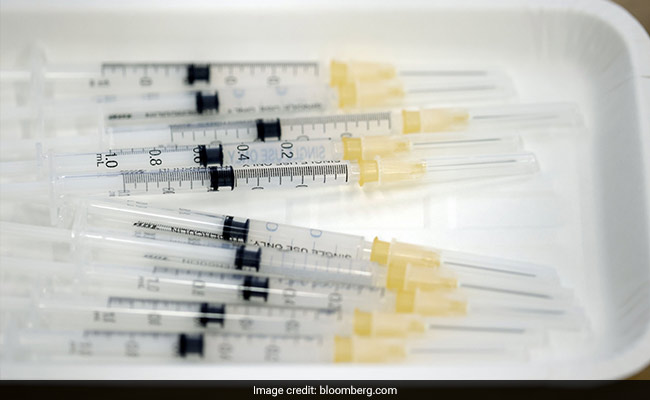 Reliance claims it has administered more than 1 million doses to its workforce.

Reliance Industries Ltd., the conglomerate helmed by Asia's richest man, is among large Indian companies that have given at least one Covid-19 shot to almost all of its employees, a sign the country's corporate sector is proving more efficient at procuring shots than the government, which has struggled with shortages and logistics.

More than 98% of Reliance workers have received at least one dose, India's largest company by market value said in a statement Friday. Billionaire Mukesh Ambani's retail-to-refining empire had more than 236,300 employees as of March 31.

Reliance joins the local unit of consumer giant Unilever Plc, which has given at least one shot to about 90% of its employees, or more than 88,000 people, and technology firms Tata Consultancy Services Ltd. and Infosys Ltd., which have inoculated 70% and 59% of their workforces respectively.

The ability of private companies to source and administer shots shows the disparity developing in India, where the organized sector accounts for less than 20% of the workforce. India has administered at least one dose to just 25% of its 1.3 billion population, according to Bloomberg's vaccine tracker, versus more than 50% in China and the U.S.

Meanwhile, some states continue to struggle with sporadic vaccine shortages, blunting India's overall efforts to avert a virus resurgence. India's second wave of a few months ago, driven by the delta variant first identified there, overwhelmed hospitals and crematoriums, highlighting the urgent need for vaccine supplies to be boosted in the country and to the wider developing world, where the lack of access to shots is a growing concern.

Reliance claims it has administered more than 1 million doses to its workforce and their families free of cost and is operating 171 vaccination centers across the country.

India has for months struggled to ramp up its immunization campaign and has relied on the private sector to ease the burden on public health-care facilities, which were stretched to breaking point in the wave of infections that peaked in May.

At its current rate of vaccination, India is projected to take 1.1 years to inoculate 75% of its population with two doses, according to Bloomberg's tracker. That puts it well behind many developed countries, and some emerging economies, like China, Malaysia and Cambodia, as well.

While the central government has denied any vaccine supply gaps, as many as 3 million people in the north-western state of Rajasthan missed their second dose due to a lack of supplies. The southern state of Tamil Nadu has also been seeing a supply deficit, according to local media reports.