The House later passed the Jammu and Kashmir Reorganisation (Amendment) Bill, 2021 which was earlier passed by the Rajya Sabha. 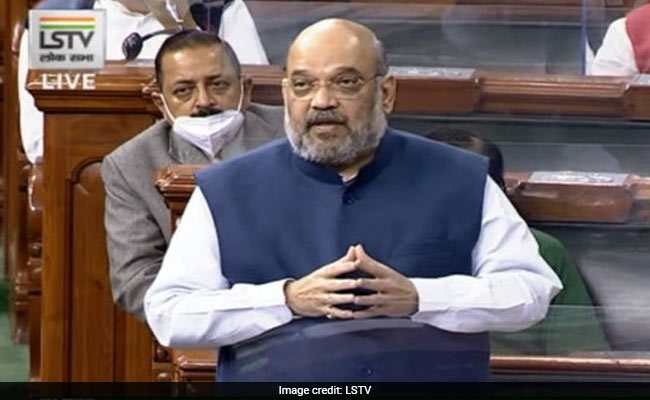 "Pakistan, West Pakistan and Pakistan occupied Kashmir refugees along with 2642 Valmiki families, 592 Gurkhas and 43 other families have been provided domicile certificates," he said.

The House later passed the Jammu and Kashmir Reorganisation (Amendment) Bill, 2021 which was earlier passed by the Rajya Sabha.

He said the government has ended injustice that people faced over the years and alleged that ruling parties of Jammu and Kashmir had practised "vote bank" politics.

"Are human rights available for some people, not for the refugees who came here from Pakistan or Kashmiri Pandits who were forced to run away? Not for Sufi saints? And not for the Valmikis who have been not provided voting rights over the last 70 years," Mr Shah said.

He said around 25,000 government jobs will be provided in Jammu and Kashmir by 2022.