The defence minister had hinted at retrieving Pakistan-occupied Kashmir, saying the goal of overall development in Jammu and Kashmir and Ladakh will be achieved "after reaching Gilgit and Baltistan." 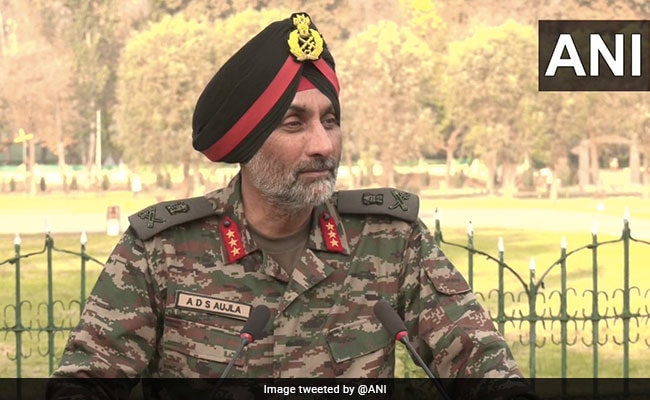 Lieutenant general Aujla said this has been a "very good year" for restoration of peace in the valley.

"Indian army is fully prepared and we are ready for any action on orders from the government," lieutenant general ADS Aujla said.

Speaking at a 'Shaurya Divas' program in Srinagar, Mr Singh had said, "We have just begun walking north, our journey will be complete when we implement the resolution passed unanimously by the Indian Parliament on February 22, 1994, by reaching the Gilgit-Baltistan."

The commanding officer was interacting with journalists in Srinagar on the defence minister's comments. "Whenever the central government takes such a decision, orders will come to us and in such a situation, we are fully prepared. Apart from our conventional strength, we are also strengthening ourselves modernly, so that we do not have to look back in such a situation."

He also said that in the last 75 years, the capacities and the capabilities of the Indian Army have been upgraded. Our preparedness is at a very good level and whenever it is needed to be displayed, you will see a very different impact, he added.

While talking about the current situation, General Aujla said, "Right now the situation is completely under control, but whenever there is an opportunity, there are attempts to infiltrate, but the Indian Army is ready with full force to protect our border."

In response to the question asked about the situation after the ceasefire declaration and the abrogation of Article 370, General Aujla said, "It has been a very good year in view of the restoration of peace in the valley, showing the lowest infiltration in 32 years, in this whole year till the month of October, only eight terrorists tried to infiltrate, out of which three were eliminated."