A Delhi Court dismissed the complaint filed by MJ Akbar, saying that no charges were proved against journalist Priya Ramani. 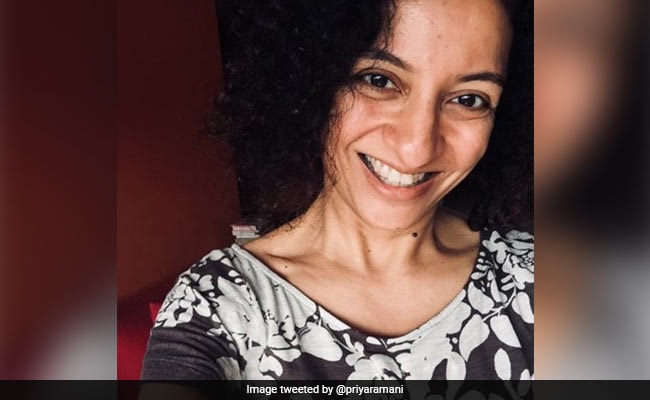 The celebrities termed the judgement as a landmark moment for women and their fight against workplace sexual harassment.

Taking to Twitter, Tapsee Pannu said that the verdict had instilled her faith in justice at a time when the world looked bleak.

"Amidst all the wrongs and unfair happening around, this did bring a ray of hope that somewhere something is keeping our hope in righteousness alive. Long live truth and justice," the actor wrote.

Journalist Priya Ramani had made an allegation of sexual misconduct against Akbar in the wake of #MeToo movement in 2018.

In response, Akbar had filed the complaint against Ms Ramani for allegedly defaming him by accusing him of sexual misconduct decades ago.

"This is spectacular. A milestone judgement when it comes to sexual harassment. Important that the court points out that it's not time-bound. Amazing #PriyaRamani #Rebeccajon," he tweeted.

Screenwriter-editor Apurva Asrani said Ms Ramani's acquittal is a "relief" for those women who found the courage to call out their abusers but said it's only half the battle won.

"MJ Akbar must be held accountable for the harassment that she has endured. #MeToo," he wrote.

Actor Mini Mathur said: "Priya Ramani is acquitted. The fact that she needed to defend her accusations of harassment against a powerful man notwithstanding, this is a huge step forward for women speaking up against sexual harassment. Big shoutout to her lawyer Rebecca John as well #justice."

Singers Chinmayi Sripaada and Sona Mohapatra, who had come out with their own stories of sexual harassment in the wake of #MeToo movement, also hailed the judgement.

"It is our right to identify and expose our molesters. File a case when we have the strength and support to do so. #PriyaRamani," Chinmayi Sripaada tweeted.

Sona Mohapatra said, "Mr MJ Akbar's reputation is one that stinks. So protecting it would mean harming a whole society & its dignity. This case is one for #India's protection. Not just her women but also all the good people of this country. #ThankYou #PriyaRamani for standing strong. @IndiaMeToo"

MJ Akbar, who had resigned as Union minister in October 2018, has denied all the allegations of sexual harassment by women who came forward during #MeToo campaign against him.

Reacting to the judgment, Priya Ramani said that it "feels great to have your truth validated before court".

"It feels amazing, truly does. I feel vindicated on behalf of all the women who have ever spoken out against sexual harassment at work place.

"It was me, the victim, who had to stand up in the court as an accused. I thank everyone who stood by me, especially my witnesses Ghazala Wahab and Niloufer Venkatraman, who came to the court and testified on my behalf," Ms Ramani said, as she thanked lawyer Rebecca John and her team for putting their heart and soul in the case.