The government has been observing Sardar Patel's birth anniversary as ''Rashtriya Ekta Diwas'' or National Unity Day since 2014. 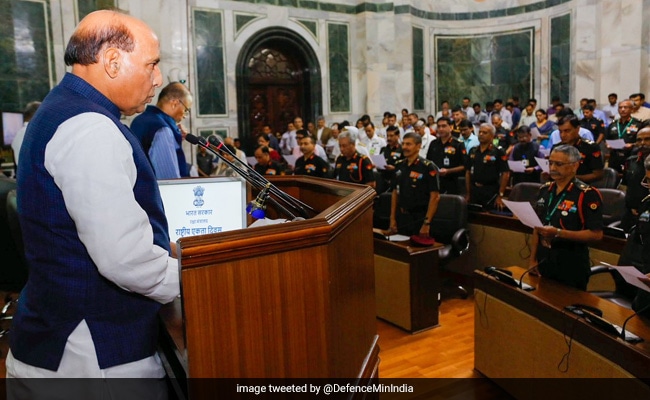 Rajnath Singh with senior officials at event to mark the 144th birth anniversary of Sardar Patel.

Defence Minister Rajnath Singh administered a national unity pledge to senior military officers and civilian officials of his ministry in Delhi on Thursday on the occasion of the 144th birth anniversary of Sardar Vallabhbhai Patel.

The government has been observing Sardar Patel's birth anniversary as ''Rashtriya Ekta Diwas'' or National Unity Day since 2014.

The defence ministry said in a statement that the officials took a vow to preserve the "unity, integrity and security of the nation".

As first home minister of independent India, Sardar Patel played a key role in integrating more than 560 princely states into the Union of India, the statement said.

"Bent On Making Me Prostitute": Murdered Uttarakhand Teen On WhatsApp