Raped, Shot And Thrown In Well To Die, 13-Year-Old Survives To Fight Back 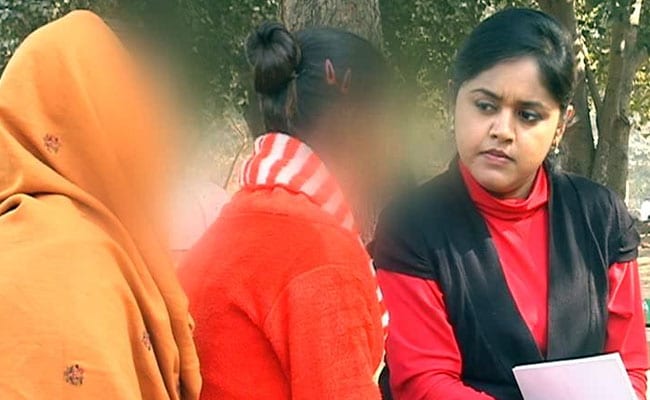 The girl (centre) is a class 5 student and wants to soon start her school again.

New Delhi: A 13-year-old girl who survived after being gang-raped for days, shot twice and then thrown into a well allegedly by three men in Greater Noida, says she wants to fight back.

All three accused, aged between 24 to 35, have been arrested and charged for rape of minor, abduction and attempt to murder, police said.

The girl was allegedly abducted by the three men who came in a white SUV when she had gone to grocery shop in West Delhi's Uttam Nagar on November 22 and held captive in a house in Greater Noida for two weeks.

In her statement to the police, she described the room as dark, where she said the men took turns to rape her. They abused her and did not give her anything to eat for over four days, the girl has alleged.

"After a fortnight of repeated abuse, one night they said they will let me go. They put me in the car and drove to a store to buy alcohol and then parked the car near a well," the girl told NDTV.

Describing the horrific incident, she said, "They told me they will let me go but as I took a few steps back, they fired two shots. At first I didn't feel a thing, my body went numb but after the second bullet, I fainted."

The men then dragged her and threw her into the well and left the scene. Hearing her scream, the nearby villagers rescued the girl from the well and admitted her to a hospital on the morning of December 6. Despite losing a lot of blood, the teen survived the hard landing and the bullets.

"I felt a bullet lodged in my chest and yanked it out. The other bullet grazed my armpit. I wanted to live and fight the injustice," she said.

The girl's mother who also spoke to NDTV said that she had to borrow Rs 50,000 to pay for her daughter's treatment. After being treated for her injuries for over a month, the student of class 5 wants to start school again.

"I want the rapists to be hanged. No one should go through what I did," said the teenager, who is determined to fight for justice.